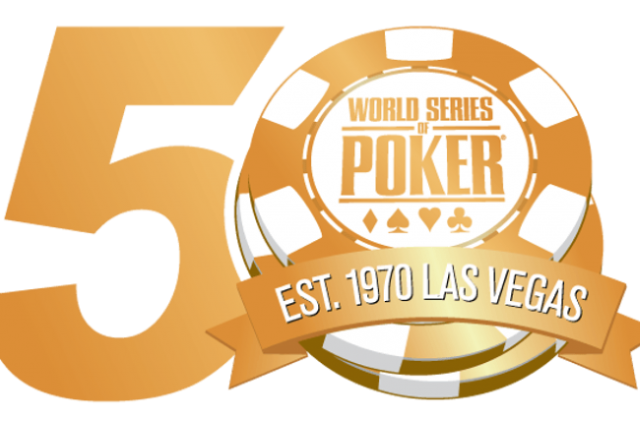 It’s difficult to believe that the World Series of Poker has been doing its thing for going on half of a century! As part of its 50-year anniversary celebrations, the WSOP will be hosting a special First Fifty Honours and Dinner. The event will celebrate 50 years in Poker for the WSOP, and the special gathering will be hosted and entertained by famous commentators Norman Chad and Lon McEachearn.

The event will also take on the form of an awards event, and fans are now able to submit their votes on the WSOP’s website. Seven categories have been established in celebration of 50 years of greatness. Attendees to be invited to the star-studded event include bracelet-holders and a select few Poker VIP’s.

In addition to the opportunity offered to fans to have a deciding vote in the making of Poker history, all those who enter their votes on the WSOP’s voter-platform will be entered into a special prize-draw. Prizes include free entries into top gold bracelet events.

The categories to have been included as part of the golden 7 promise to honour some of Poker’s very best and given the high standards upheld by the WSOP in terms of performance and recognition, it’s going to be a fair and square nominations process. The lay-out of the categories reflect the careful thought that had gone into the entire process and it’s been made abundantly clear right from the start that this won’t be just another Global Poker Awards-style categorical bugger-up. Quite the contrary, in fact, as the categories are true reflections of expertise and a finger on the pulse of the industry in their own right.

The 7 categories to be honoured at Poker’s 50-Year celebration are:

Events such as these serve to confirm the position of a sector in any specific global market, and the WSOP obviously hopes to celebrate its own position of leadership in Poker. Fans and players alike value these events too, and it’s the perfect opportunity to take stock of what has been achieved.