It was late in 2017 when social gaming expert Zynga and the World Poker Tour (WPT) first announced their new partnership. Now, the business relationship has reached a whole new level thanks to Zynga announcing that its players can now enjoy the genuine tournament-style play for which the WPT is famous.

The deal has come as Zynga’s largest-ever in-game business partnership, according to news reports. In one of its own press releases, the company noted that it is thrilled to see the next step in the multi-year deal between its poker arm and the World Poker Tour come to life with the debut of WPT-themed tourneys on the operator’s massive free-to-play platform. 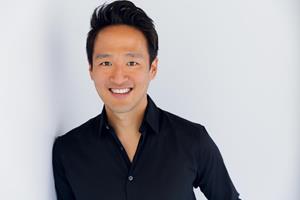 Bernard Kim, the President of Publishing at Zynga, added that the company’s players are a highly passionate group who want to feel like authentic card game champs. Kim noted that his company’s new WPT tournaments have enhanced its free social casino platform considerably, bringing a top-brow name in the industry directly to players’ screens.

According to the spokesman, his company is also pleased to invite the WPT into what he termed its ‘virtual world’, creating even more authentic and engaging gaming that players are sure to love.

The upgraded gaming platform is set to offer a number of different features, including a genuine WPT experience, bigger stakes, heftier payouts, and more fast-paced tournaments as well. A new WPT Tournament Mode will also be included, boasting a wide selection of stake options and the ability to compete at nine- and five-player tables.

The Zynga Poker platform is available as a totally free download for mobile phones and tablets. It can be found and downloaded on the Apple App Store for iOS devices, and on Google Play for Android powered devices as well.

About Zynga and the WPT

Based in California, USA, Zynga is a social casino gaming giant that was founded at the dawn of the mobile gaming era in 2007. The company offers a wide range of proprietary games in addition to its card games, including smash hits among players like Words With Friends, FarmVille, and CSR Racing.

Created by Steve Lipscomb, the World Poker Tour is a globally celebrated gaming and entertainment brand that has been running since 2002. For decades, the WPT has broadcast a series of international tournaments and associated events, with its first-ever episode dating back to 2003.