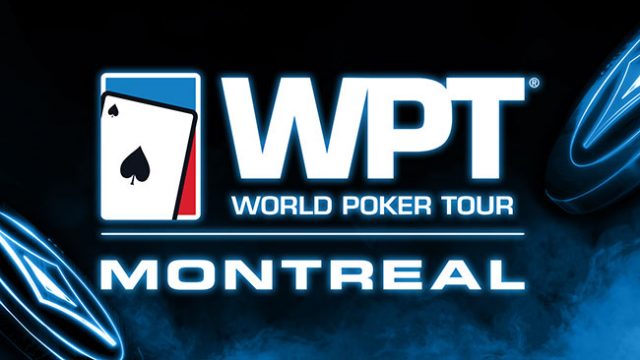 The World Poker Tour (WPT) and partypoker LIVE have officially revealed a slew of new promotions through their partnership deal, which will spoil a handful of players with the chance to participate in European and Canadian live events.

The promos’ first installation will be taking place this coming October, coinciding with the WPT Montreal festival at the local Playground Poker Club. The event’s schedule has now been revealed as well, with the fest set to include more exclusive partypoker promotional offers than ever before!

The series will reportedly run from October 21 to November 4 this year – which will incidentally be the first year in which all of WPT’s flagship tournaments will be held at a single event. This year’s line-up boasts the WPT 500, DeepStacks, a Ladies tourney and a High Roller event, not to mention a Main Event as well.

Looking at This Year’s Highlights

Tuesday, 30 October will mark the WPT 500 Final Day and the $5m WPT Montreal Day 1B $5,300, with DeepStacks then kicking off on November 1 with a $1 million guaranteed prize. The next couple of days will include High Roller days, the WPT Ladies Event for $15k on Saturday, 3 November, and the Montreal Final Day packed with winning opportunities on November 4.

Could YOU take home the pot? Play Poker online and find out!

Additionally, there will also be extra promotions on offer from partypoker, starting with the WPT Montreal. All three LIVE promos will award one lucky player with a year-long sponsorship agreement; should a player win the WPT500 after buying-in with PP Live Dollars, that winner will earn a $50,000 sponsorship pack for any partypoker LIVE tourney in the 12 months following.

It’s important to note that this promo is only available to the first 200 players who buy into the event with Live Dollars. If you plan to attend, be sure to get there early so that you stand the chance of grabbing this juicy promo for yourself!

The second promo is based on a similar prize, but is centered on the WPTDeepStacks instead. It’s available to the first 100 grinders who use Live Dollars in the event at hand, with the winner being spoiled with yet another $50,000 sponsorship pack courtesy of one of the world’s biggest online poker brands.

Last but not least, the final promotion applies to the WPT Montreal Main Event. Should any one of the first 100 Live Dollars buy-in players take down this prestigious event, they will automatically claim a life-changing $100,000 sponsorship from the operator at hand. In all three promo packages, players get to keep all of their earnings too, making them even more enticing!