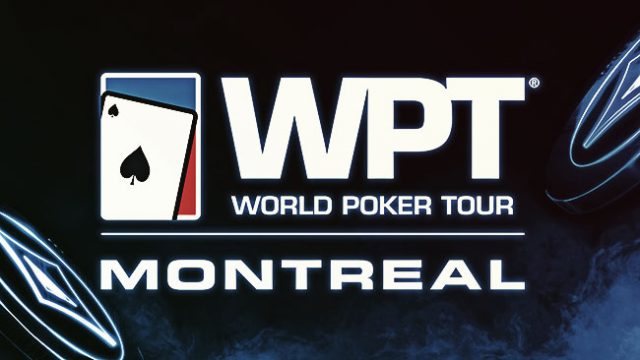 The iconic WPT (World Poker Tour) Montreal will return to the Playground Poker Club for the seventh consecutive year in 2018. The event will take place from October 26 to November 4 this year, after having visited the Montreal club every fall season since 2012.

This year’s edition of the WPT Montreal has promised to be bigger and better than it has ever been before. The series is scheduled to kick off the brand new, 4-year deal between WPT and partypoker LIVE with Season XVII WPT Montreal. This series consists of 7 premium events, including the first-ever WPT 500, WPTDeepStacks, and WPT Main Tour – all during the same tournament!

Three online starting days will kick off from October 21, as will seven live starting flights, including one turbo option. Players will be allowed one re-entry per flight, and can also join in as many starting days as they can handle.

Next up on the list is the WPT Montreal Main Event with a massive guarantee of $5,000,000! The Main Tour features just a single online Day 1 and three separate Live Day 1s, with each day allowing participants to enter and re-enter as they attempt to cash in this exciting tourney. Once Day 2 arrives, the whole field will be combined, and the tournament will continue through to Day 5 when a final victor will be crowned.

The WPT500 and WPT Main Tour will also be joined by a DeepStacks event in the upcoming edition. In this case, a $1,500+$150 tourney will be on offer along with 5 starting flights, including the scintillating Turbo Day 1E. Another million dollars in prize money is guaranteed here, ensuring that there is plenty of incentive for attendees to get stuck in!

One more fresh event has been added to the schedule in 2018; a unique Caribbean Poker Party Overlay Satellite. This means that, in addition to the packages distributed through buy-ins, one $12,000 package will also be added to the prize pool. This is a fantastic opportunity for anyone who is looking to gain entry into the Caribbean Poker Party in the Bahamas later this coming November.

Interested in participating in WPT Montreal this year? Visit Playground’s official WPT web page for further details about this year’s premium poker festival and how to get involved.

Ready to play? The best Poker games are waiting for you online!