Who Is the Best Poker Player in Quebec? 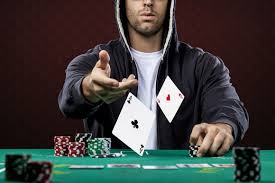 Who Wants to Know?

The truth is that there are millions of poker players and poker fans who want to know who is the best poker player in Quebec. But most particularly interested are the three Quebec casinos who have undertaken to find the definitive answer.

Casino de Montréal is the largest brick-and-mortar casino in Canada. It is located on the site of the former Expo 67 and incorporates both the French Pavilion and the Québec pavilion into the casino. In addition to over 3000 slot machines and over 100 gaming tables, the casino offers a variety of restaurant and entertainment facilities along with spectacular views of the city and the Saint Lawrence River.

Casino du Lac Leamy is located on a spectacular site on the edge of Lake Leamy in Gatineau, right across the river from Ottawa. It just completed a 27-month $47-million renovation project bringing high-tech multimedia entertainment elements into the overall casino gaming environment.

Espacejeux.com is one of the premier bilingual online casinos in Quebec. With one free and easy registration, members can participate in casino games, lotteries, sports betting, bingo, and, of course, poker, all in a legal and trustworthy online Internet site.

Who can compete for the title of best poker player in Quebec? Just about everybody. You don’t need any particular credentials or experience. You just need a love of poker, a desire to compete, and a healthy degree of self-confidence. You also must be at least 18 years old. That is an eligibility requirement that is mandatory and non-negotiable.

At the end of the qualification period on June 6, invitations to the Grand Tournament will be issued to 30 top poker players:

The Grand Poker Tournament will be held on June 21, 2015, at 1 PM, at the elegant Casino du Lac-Leamy. Needless to say, the excitement around this tournament will be truly earth shattering.

The Best Poker Player in Quebec

At the conclusion of the Grand Tournament, the tournament winner will be crowned as the Best Poker Player in Quebec. In addition to all the prestige and honor that accompanies this title, he – or she – will be awarded a package of valuable prizes, including a seat at a World Series of Poker tournament in Las Vegas, worth a total of $25,000.

And the runners-up fare very nicely as well. The second through tenth place finishers will win $1,000 each, and eleventh through thirtieth place will each take home $500. Very nice indeed.

You Can Join in the Fun

Whether as a participant or as a spectator, you can join in the fun of the Best Poker Player in Quebec competition. Qualification tournaments are going on now, and the Grand Tournament is coming up next month. Good luck and have fun!