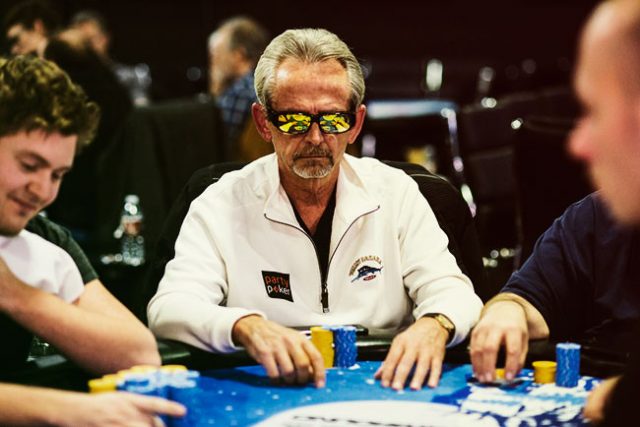 Local Canadian grinder Victor Adams has won the Seneca Niagara Casino & Resort’s 2018 Card Player Poker Tour Seneca Fall Poker Classic $1,000 no-limit Hold’em main event. The player bested a field of 249 entries to score the title, along with a top prize of $53,583 and a feature on the cover of the upcoming Card Player magazine.

The win has come as Adams’ first live tournament victory. His career earnings to date now stand at $133,282, and over and above the title and his cash prize, the player also scored a hefty 432 Card Player Player of the Year points as the event’s ultimate champion. It was his second POY-qualified final table of 2018, having finished in seventh place at the WSOP International Circuit Canada main event back in September.

From Shortest Stack to Top Winner

Adams entered his final day with a disadvantage: the smallest stack out of the seven remaining players. With just 451,000 to his name on day 3, he was immediately off to a strong start, picking up the AA and calling Jason James’ all-in. James had just shoved with the AJ, and Adams’ aces lead to him becoming the first player to hit the rail and take home $7,913.

Back in 2015, it was Alex Visbisky who finished third in the very same event. He got remarkably far this year too, but was eventually busted in sixth place against Vadim Rozin in a pre-flop battle. Rozin sent Visbisky back to the drawing board, albeit $10,110 richer.

Then, Canada’s Adams went on to perform his second knockout of the final table by winning a race against Tim Vance’s AJ with a ten pair. Neither player managed to surpass one another, and Adam’s tens sent Vance to the rail with $13,407 to take home for his efforts.

It was Peter Mancini who arrived at the final table as the clear chip leader, but his lead came to a quick end when he got all-in with 55. His hand failed to hold up to Chris Meyers’ AJ, the latter player who flopped an ace and struck trips on the turn. As fourth place winner, Mancini pocketed $18,023.

Adams entered into the final three-way race with the shortest stack once again, but managed to reveal pocket aces against Meyers’ pocket queens to double down. Meyers was left with just a little more than six big blinds after this move, but continued to compete fiercely. The remaining three played admirably for another six hours or so before Rozin was eliminated by Adams’ AJ call.

The Canadian then took a 3.5-1 chip lead into his final heads-up battle against Meyers. The underdog was able to make trip three on the turn against his competitor’s pocket aces, leading to the lead changing several times. However, Adams eventually called with KK, securing himself the pot and the ultimate winner’s title. As the runner-up, Meyer earned a respectable $33,848 payday.

For the BEST Poker games, play online! See if you can be a winner today.