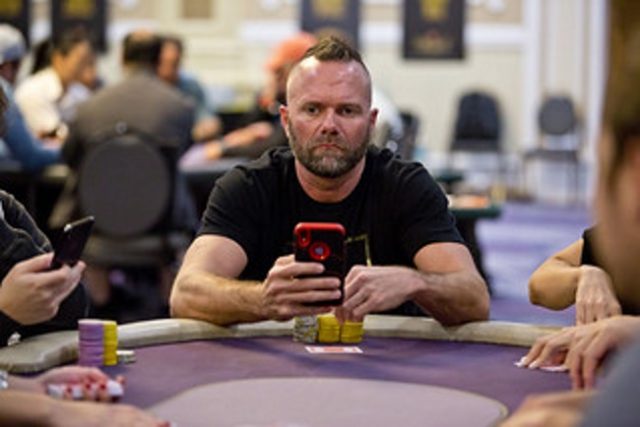 Aaron Van Blarcum is no ordinary Poker player. He recently beat a field of 520 entrants and made his way all the way to the $474,390 first-place prize money in the WPT Legends Of Poker main event played at the Bicycle Casino in Los Angeles. If, by now, you’re wondering what makes Von Blarcum to be out of the ordinary, then consider the fact that the main event in question was the player’s first ever WPT main event played. Now that’s some bragging privileges right there.

What he has managed to achieve is a true zero-to-hero style feat and one that will now remain carved into the tablets of history for all to see and remember. The man of the hour had initially approached the $5,000 buy-in event hoping for the best but expecting nothing. And perhaps that’s a good way to go about one’s Poker business. It certainly worked for Aaron Van Blarcum at the legendary Bike.

Read More… PokerStars Mixes It Up On The Big Blind

Van Blarcum, originally from Dallas Texas, literally ripped his way through the tournament. His unstoppable momentum was in all likelihood what had enabled him to keep up the pace all the way through to the final hand.

By the time it was down to the final six, it was a near all-American table battling it out. 5 of the 6 final players hailed from the US, with only one calling Greece home. Van Blarcum may have started on the final table as the short stack but he soon made good on the improve by relying on some misfired bluffs not panning out quite as bad as what they could have, to some pretty intelligent bets made in the interests of the pure value.

Van Blarcum is one of Poker’s Cinderella stories. And his is surprisingly enough, no exception. Poker is regarded as a game that combines skill with a small dose of luck on the side. Anyone willing to put in the time to practice and eventually master some of the skills displayed by the true legends, can pretty much count on making it to a final table somewhere along the line.

It requires tenacity and the willingness to sit down and pay attention but even so, winning big is anything but impossible given steely perseverance and dogged determination. Aaron Van Blarcum will surely attest to this. Here’s counting on seeing more of the Texas man at future EPT live cash tournaments. He certainly showed everyone what he was capable during his stunt at the Bike.