US Elections May Impact Online Poker 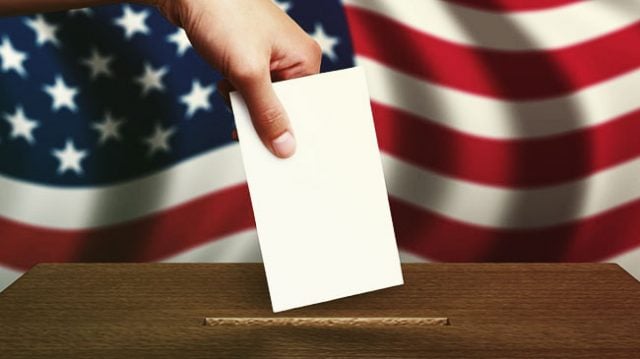 In just a few short weeks, voters across several US states will be casting their votes to decide the fates of various pressing issues. These include, among other things, online poker and sports betting. Right now, it is too early to say whether the outcomes will be favorable or disastrous – but the recent nationwide support voiced for betting could help to give both pastimes a considerable boost.

Nevada, the home of Las Vegas, is the most notable state to feature in the November elections. Its current governor Brian Sandoval is being pushed out by the limits of his term, leading to the state losing a strong proponent of iGaming. Adam Laxalt, the state’s current Attorney General, could replace him, having won the Republican primary this June and now angling to win a big seat position next month.

Should Laxalt win, the results for online gaming in Nevada could be catastrophic. The AG is a veteran anti-iGaming opponent who has previously supported the abolishment of online poker across the US. It comes as no surprise that he also has ties to Las Vegas Sands billionaire Sheldon Adelson, who has forked over millions in a bid to suppress online gaming. Some have even suggested that Laxalt is in Adelson’s back pocket, so to speak.

Over in California, however, voters feel more positively towards online gambling. While iGaming has been discussed for nearly a decade now, lawmakers have not yet come to a consensus and plans have fallen away. However, with states now able to run their own sports betting operations, it is probable that California will launch online poker sometime within the next few years.

Michigan has recently started to push for legalized gambling and poker as well. The state has introduced a number of bills since 2016, but none have been approved. Most recently, a 2017 bill carried over to the 2018 session and passed through the House quite easily before hitting a roadblock. Regardless, there is still hope that it could make it through to government for final approval later this year.

In the meantime, New York’s Senate passed online poker laws in both 2016 and 2017, although the state’s assembly ignored them all. As the elections approach, the bill has gained support through chairman of the Assembly Racing and Wagering Committee, J. Gary Pretlow, who needs just eight democrats to sign off the bill in order for it to be voted on in the final session.

Last but not least, voters in Florida are set to take to the polls as new gambling offerings are being green-lighted by lawmakers. However, a ballot measure has been placed to determine if state residents will have the final say on the legalization of new gaming ventures. Locals have been warned that the battle will be a contentious one, as Disney and the Seminole Indian Tribe have spent millions in attempts to halt all gambling-related progress.

Play Poker NOW! The pot could be yours.