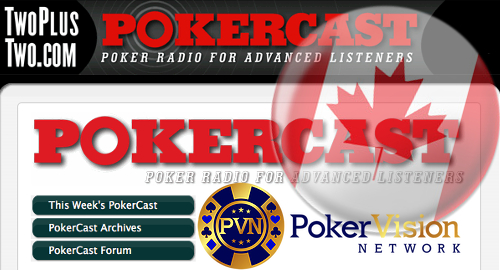 One of the gaming industry’s most popular podcasts by far, TwoPlusTwo’s Pokercast, has reportedly been indefinitely suspended. The announcement was made by website proprietor Mason Malmuth on the podcast’s forums earlier this week.

According to Malmuth’s statement, the issue is simply one of finances. As he stated, it’s simply no longer viable for the website to continue to produce the in-demand podcast, despite its widespread popularity among professionals and recreational players alike.

In his explanation, Malmuth also noted that times have changed and that the world of poker is slowing down at a rapid pace. He added that Eric Holder’s Department of Justice did significant damage to the industry and to TwoPlusTwo’s Pokercast after they shut down the primary online poker websites back in 2011, prompting the suspension of the cast until further notice.

History of the Popular Podcast

The PokerCast made its first ever appearance on January 2, 2008, with its two initial hosts Adam Schwartz and Mike Johnson. Malmuth himself also appeared as the podcast’s very first guest speaker. As the years went by, the show continued to gain popularity, airing hundreds of episodes. Its guests ranged from star player personalities like Mike Sexton, Joe Ingram and Jaime Staples, to some of the world’s strongest players like Canada’s own Daniel Negreanu.

Mike Johnson quit in 2014, being quickly replaced in his role by Terrence Chan, who had formerly been a frequent guest at the show. Chan replaced Johnson on episode 330, helping to keep things running smoothly up until episode 499, which aired on July 9 during the WSOP Main Event and would prove to be the show’s last. Malmuth revealed its likely suspension last Sunday, confirming it just two days later. 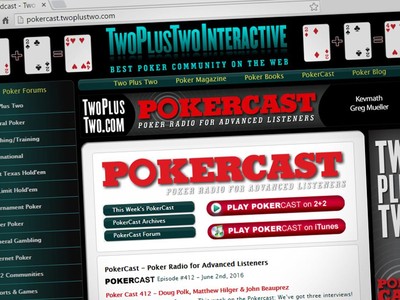 Hosts Thank Fans for Their Support

As with any popular media show that ends after a successful run, TwoPlusTwo fans took to forums and social media to express their sadness around the developments. They also shared many joyful memories of the podcast and its members, and were joined by none other than Schwartz, whose Pokercast run lasted well over 10 years.

Schwartz began by thanking Malmuth for his continuous support over the years, and then thanked everyone else who helped the show to reach 499 episodes – including its producer, Ross Henry. In his letter on the developments, Schwartz added that nobody knows what the future holds, but that he would be looking back on his time as a podcast host with nothing but positive memories.

Chan also joined the thread to reflect on these good memories, writing that the Pokercast’s numerous fans were what made the venture so worthwhile. While Malmuth has revealed that all parties involved agreed on the suspension, he has still left the door open for a possible 500th episode. Suspension, he said, does not mean that the podcast is over for good, adding that it could return with the same hosts or different ones. Episode 499, it seems, will simply be TwoByTwo’s last show for now.