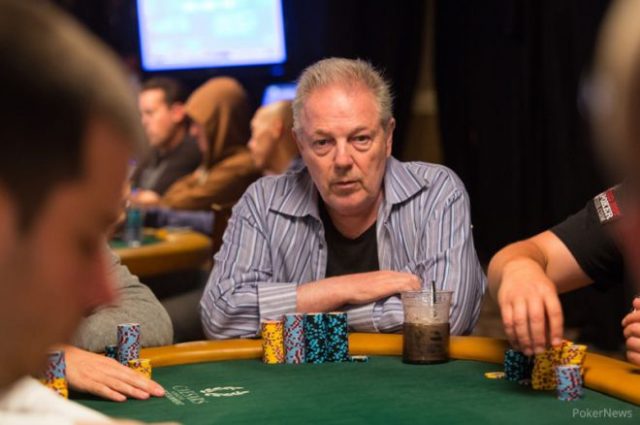 Legendary Norwegian Poker player Thor Hansen was a legend in his own right. A regular on the scene, Hansen quickly acquired the honourable nickname of the “Godfather of Poker”. Sadly, after a 6-year long battle with cancer, Hansen recently passed away at the age of 71.

Hansen was no small-fry player either. He held multiple tournament awards and had won World Series of Poker main events twice in his lifetime. Most players do not even dare hope for once. He mastered quite a number of other popular tournaments too, of which the Five Diamonds World Poker Classic, the LA Poker Classic, the Carnivale of Poker, and the California State Poker Championship are but a few.

Not Even Cancer Could Stop Him Short

The legend won his very first WSOP bracelet back in 1988, when he walked away the ultimate victor from the $5,000 Seven Card Stud Event; a victory that saw him being awarded the grand $158,000 jackpot. The second time round was in 2002 when he won the $1,500  No-Limit 2-7 Draw Lowball event. His winnings that time round? A cool $62,600. During his pro-career, he had won almost $3 million in live-action tournaments alone.

Not even a cancer diagnosis stopped Hansen from competing and living his life to the full. After having been diagnosed with the dreaded disease six years ago, the expectation was that the legend would not see past a few months into the future. He did what he did best and proved the medical professionals wrong. He recorded his latest win at the Norwegian Open during March of this year.

There really is no keeping a good man down.

Hansen was one of Norway’s top three Poker players, joined in the golden triangle by Annette Obrestad and Felix Stephensen. Despite his having been ill for quite some time, his passing was a shock to many in the Norwegian community.

Shortly after the news of his passing broke, his fellow players took to social media to pay their respects. It was obvious that Hansen was not only a man who knew how to respect his fellow man and players, but was also respected by all those who knew him.

Sadly, in spite of having become a larger-than-life legend, Thor Hansen, despite various nominations, never made it into Poker’s Hall of Fame. Many have expressed the hope that the powers that be will decide to bestow the honour upon him posthumously.