Tributes for Gavin Smith Pour In 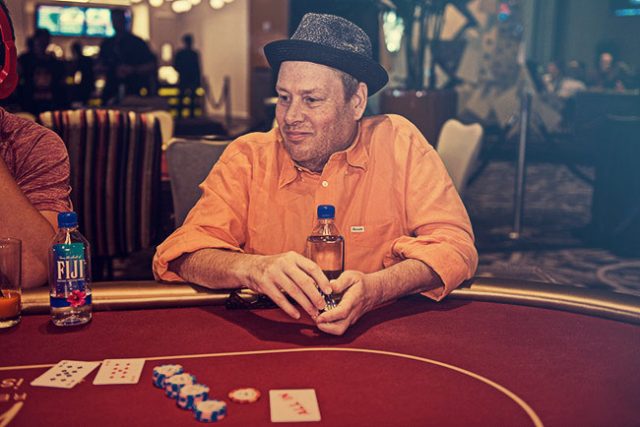 The Canadian poker community received some heartbreaking news recently. Local card gaming legend Gavin Smith reportedly passed away in his home in Houston, Texas on Monday, January 14. he died peacefully in his sleep at the age of 50, according to official reports.

Since the news of his passing reached home soil, Smith’s friends and colleagues have all banded together to remember the player’s skill, sassiness and spirit. They have also shared countless stories about Gavin and his amazing life and career in his memory.

Gavin Smith learned how to play poker from his father, and started his professional pursuit of the game at the tender age of 26. After serving as a dealer who ran his own club for a brief time, the Guelph native proved to be extremely successful in the satellites he played, which prompted him to make his official debut at Foxwoods Casino in Connecticut.

Smith’s first major win arrived in 2005, when he scored first place in a $2,000 preliminary tournament at the Mirage Poker Showdown and pocketed $155,880. Just a week later, he followed up that incredible performance by winning the WPT Main Event for a hefty cash worth $1,153,778. Appearing at two more final tables that season, the World Poker Tour didn’t hesitate to name him Player of the Year.

Gavin continued to perform excellently on the circuit during the so-called poker boom of the 2000s, achieving consistently great results and cashing six figures or more nearly every time. In 2010, after a few close calls, he finally claimed his first WSOP bracelet after taking down the $2,500 Mixed Hold’em game for $268,238.

Smith, who was better known by his peers as his moniker ‘birdguts’, completed his career in live poker with over $5.5 million in tournament winnings. He made his final cash in July 2018, when he finished 823rd in a WSOP No-Limit Hold’em tournament.

Despite being an extremely talented player, Gavin Smith also had his own personal demons to battle, as do we all. The man who was formerly a co-host of Card Player’s radio internet show The Circuit spent many years fighting the good fight against alcoholism. He was refreshingly open about his battle over the years as well.

To add to his huge pile of successes, Smith appeared on the cover of Card Player magazine towards the end of 2005, and his lavish Las Vegas mansion also appeared on an episode of High Stakes Living.

Upon learning of the industry’s great loss on Tuesday morning, pros like Todd Brunson, Daniel Negreanu, Joshua Arieh and Greg Raymer took to social media to pay their respects to a fellow legend. Even the World Poker Tour’s official Twitter account lamented the loss, sending their thoughts to Smith’s friends and family and accurately calling him a ‘friend to all at the table’.

Looking for Poker games online? You can join in the fun and WIN 24/7!