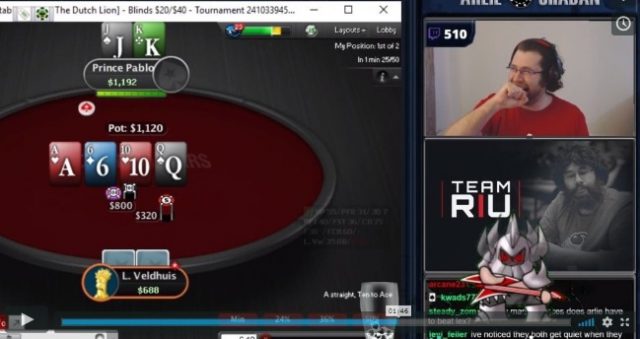 Streaming tech; you just gotta love it. And also the fact that Canadians have hopped on board in a big way, especially when talking Poker (no surprises there!). Many have taken up the challenge of putting their own personal daily or night-time grind on popular streaming-, vlogging- and sharing services YouTube and Twitch for all to see, and so it recently came to be that a popular online publication decided to take stock of the who’s who of streaming in the card playing world.

Streaming has exploded in popularity, especially over the course of the last year or so. So prominent a part of the Poker community has this become that the Global Poker Awards has even included a Streamer of the Year award in its list of categories.

Allow us to introduce to you just some of the streamers making Poker-entertainment headlines.

We first got to know Shaban not because of cards, but because of television. He was one of the housemates who competed in the 2014 edition of Big Brother Canada 2. Three years later, Shaban made headlines for another reason altogether. He had started to stream some of his own low-stake Poker games, and so much so that he streamed a total of 1,000 hours over the course of 125 consecutive days. It was a marathon that bordered on the insane, as it all culminated in a crazy 143-hour uninterrupted jumbo-stream.

Then last year, Shaban became a brand-ambassador for Somerville’s Run It Up. And that wasn’t the last of it either; as after that, he went on to stage a very innovative “Herculean Challenge from the Poker Gods”.

Sure enough, Poker’s own gods sat and up and took notice of Shaban. His creative efforts earned him a $30,000 Platinum Pass from top online operator PokerStars.

Bryan “bparispoker” Paris is a man not given to beating around the bush. He states his motive and does so right from the get-go. By the Poker guru’s own admission on Twitch, he is a family man from Menlo Park in California, and he is a full-time online Poker player.

Thanks to his steely resolve and full-time engagement with the game, Paris has accumulated the second most career cashes of all time. Not bad going for an online celebrity of sorts! Paris goes a step further than some other streamers, and allows his audience to buy in on a piece of the action. This adds an interactive angle that other streamers may well add to their own offerings soon.

Get YOUR hands on the BEST Poker action. Play ONLINE now!