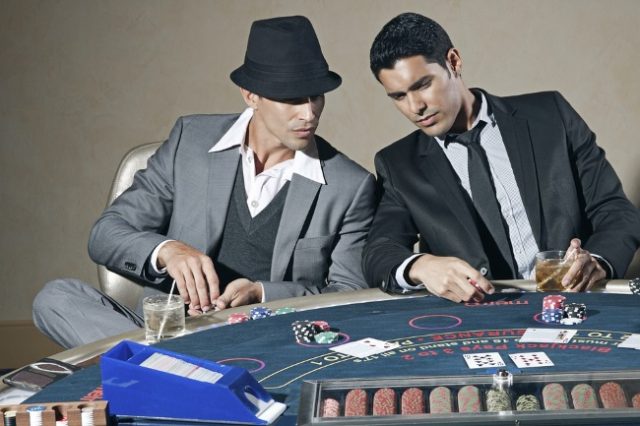 Canada is full of skilled and talented gamblers, particularly when it comes to the game of Poker. Here are the nation’s 5 best players and innovators that have taken the industry to new heights.

Born in Quebec City, Quebec in 2959, Guy is one of Canada’s most famous professional Poker players. He was something of a late bloomer in the Poker world, as he spent most of his early life as a performer in the hit travelling show Cirque du Soleil. In fact, he actually founded it alongside a small group of partners in 1984!

In mid-2007, he won a whopping $696,220 at the Las Vegas Bellagio, which kick-started his career. He soon received offers to play on GSN’s Season 4 of the High Stakes Poker Series, and also participated in the 4th season of Poker After Dark. Lailberté is known for his impressive skills at the table, but what makes him even better as a player is that he gives all of his winnings to deserving charities.

Evelyn Ng was born in Toronto in 1975. She plays Poker professionally, both live and online, and has total winnings in excess of $375,000 since 2010. Evelyn rose to stardom after beating a number of famous American Poker stars, including Kathy Liebert, Jennifer Harman and Annie Duke. She also dated fellow Canadian pro Daniel Negreanu for a while.

Ng is one of Canada’s best female r players, and is well known for her aggressive play style. She was originally sponsored by PokerStars, but later switched to Team Bodog. Her best placement to date was at 238th place out of 6,844 players in the 2008 WSOP Main Event.

Lefebvre has been a Calgary resident since he was born there in 1951. Aside from his ventures into the world of gambling, he is also known for having founded the online payment system Neteller in 1999. He is also probably the only member on this list to have been arrested.

Among his many titles, Lefebvre has been a singer, businessman, composer, retired lawyer, convicted felon, and online Poker money transfer innovator.

Hailing from Toronto, Ontario, Daniel Negreanu is Canada’s most iconic professional Poker player. He plays online and offline in tournaments and cash games, and is the most accomplished local player to date. Negreanu holds 6 WSOP bracelets, 2 WPT victories, and was even named Card Player Magazine’s player of the year in 2004.

He has always performed well on the live felt, but also plays exceptionally well online. He was the most recognisable ambassador of Team Poker Stars to date, and despite leaving the brand he continues to go from strength to strength.

Ayre is one of the world’s foremost experts on online gambling and Poker. He was born in Lloydminster in 1961, founded popular Poker brand Bodog, and also owns slots.com. He is known for drawing attention to himself through his outlandish public appearances, and for being a smart businessman and keen gambler.

Some call him The First King Of Canadian iGaming as he started what is now one of the industry’s largest gaming sites. He also dabbles in cash Poker and online gambling in his spare time.

Play Poker online and on MOBILE! Take the thrills with you WHEREVER you go.