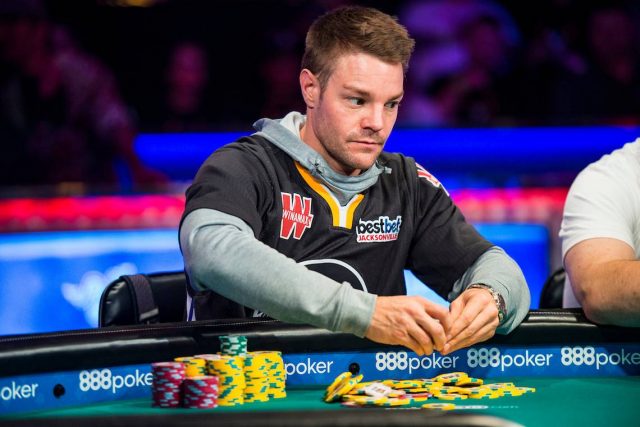 Prop bets are all the rage right now, and Poker players have bought into the fad in a big way. To want to better and challenge one’s self is never a negative thing, and so the media is joining in on the fun by reporting on every little detail that goes down in Poker-town. The latest scoop is that WSOP Championship player Tony Miles, who finished up in the runner-up position at the final table in the summer, has entered into a prop bet with Shaun Deeb, the current World Series Of Poker player of the year.

Rumour has it that Deeb has challenged Miles to a bet that involves Miles securing a competitor’s spot on the US hit reality television show, American Ninja Warrior. But getting onto the show isn’t good enough for Deeb; the bet elaborates even further in that its success depends on Miles making it to the second round.

No easy feat, even for a world-class Poker genius.

READ MORE: US Tax Season Around The Corner for Poker Pros

May The Odds Be In His Favour

Getting on the show is no walk in the park. More than 70,000 hopefuls apply every year, and less than 1% ultimately make it into the arena. And yet, as with any bet worth its salt, the level of risk is directly proportionate to the award in the event of success. Should Miles be successful of securing a spot before a year has passed, the odds are 25-to-1, and the payout will be $120,000. That’s quite a return on a $5,000 buy-in.

Two years will see the odds reduced to 20%, which is of course still a decent deal. Three years down the line will reduce Miles’ earnings to $75,000. Should he fail to stick to the three-year curfew, Miles will be obligated to hand over his $5,000 bet to Deeb.

And of course, even worse, face the reality of defeat.

The reality show is based on a similar Japanese show. Contestants are required to make their way through an outrageously difficult obstacle course that has been described by past participants as being near impossible to conquer. Skill, but also a handsome helping of pure luck, seems to be the only way to make it through the various stages.

But, true to his champion nature, Miles has apparently declared that despite not having been the fittest or healthiest individual up until this point in his life, he is completely committed to the challenge and very enthusiastic about it to boot.

We wish him the best of luck!

Looking for Poker games with high stakes? Play online and find everything you want!