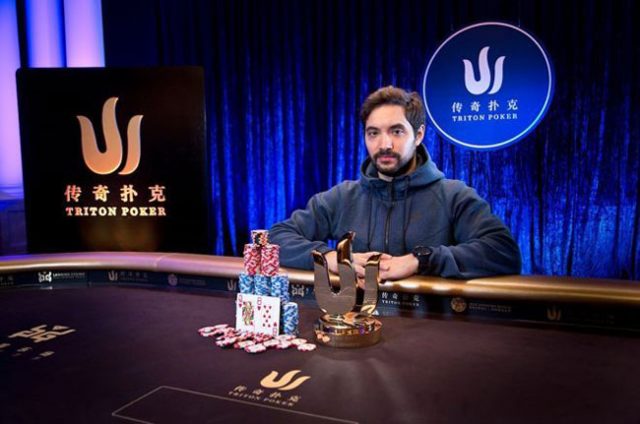 The Triton Poker Super High Roller Series Jeju HKD 2,000,000 main event has a new master and its none other than Timothy Adams. The win has pushed Adams’ lifetime earnings all the way to the $14 million mark. Still, the $3,536,550 win is Timothy Adams’ biggest win to date.

According to Adams, there’s no feeling quite like winning a major live Poker tournament event. Ever his humble self, Adams was quick to add that in order to make it all the way to the final table, where he went to head to head with Bryn Kenny in a stint of heads-up play and an eventual settlement, players had to pretty much do well right from the start and all the way through. Adams said that this had been his intention from the start, as much be the case for all winners of tournament main events, and that he had done what anyone else in his position would have had to do to win.

Pulling off difficult decisions with confidence, and a healthy dose of exceptional focus; two secrets to tournament success; and Adams wasn’t the first champion player to have pointed this out.

The Triton Poker Super High Roller Series Jeju attracted a total of 48 entries, with 16 of those having been re-entries. The eventual prize pool came to an impressive $11,491,541, with the top 5 players to have cashed out having had the good fortune of leaving their respective tables a cool $1 million richer than just days before.

Adams, according to the tournament’s organizers, had been a prominent presence right from the start, and he seemed intent on winning right from when the very first cards were dealt.

Jason Koon too, was back with a bang. Koon continued his dominant clean-sweep of the Poker scene thanks to having won the Triton Refresh HKD 1,000,000 No-Limit Hold’em event on the weekend. The event was hosted by Landing Casino.

Koon reports having, in his own words, ran fire hot. According to the champion player, some weeks are better than others. And then there are those weeks during which a player runs fire hot. The last 6 events had been of the fire-hot variety in Koon’s books.

Get YOUR hands on the pot. Play Poker online and win!