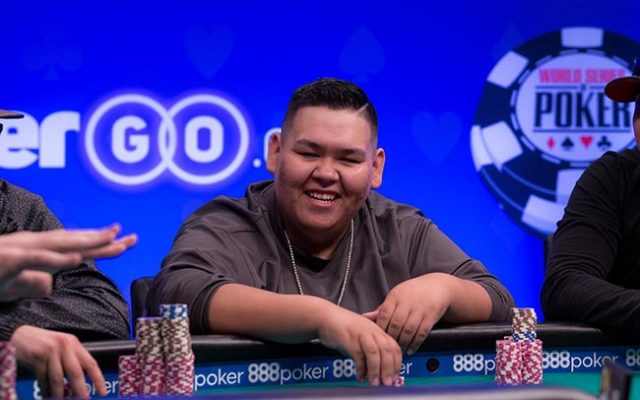 Canadian small-stakes grinder Tim Andrew made his first-ever bracelet event appearance into something of an unforgettable day. The strong-willed player took down the Event #11: $365 PLO GIANT for $116,015, claiming the WSOP title and besting a field of 3,250 competitors to get his name on the poker map.

Andrew’s win is astounding on more than one level. Firstly, he does not play many tournaments, sticking mainly to cash game tables in Calgary. According to the player, his largest tournament cash before his most recent win only came to around $4,000, making his six-figure win that much more impressive.

Player Arrives Late to the Table

Andrew, who has admitted his love for poker on many occasions, recently switched from his studies to concentrate fully on his game of choice. His remarkable final table performance started on a strange note, with his late arrival being eventually attributed to the fact that he had overslept for the event.

While he made his way to the venue, other players had already battled it out in the Brasilia Room. And while it could have ended with the player arriving at the table with three seats already open, the eventual narrative was quite different. Tim ended up with the first-place title and $116,015 for his efforts, followed closely by US national Pete Arroyos with a win of $71,703.

In third place was Canada’s Robert Cicchelli, who won a prize of $53,709 for his strong performance. The remaining winners of the tourney were all American, and included big industry names like Michael Mizrachi, Sandeep Pulusani, Kevin Nomberto, and James Sievers.

Ultimately, while there are many thousands of players in Canada alone that spend years attempting to win their first gold finish, Andrew managed to nab his in just a single try – and after showing up late, no less! Needless to say, his future in poker now looks bright, although whether or not he will reappear on major live tournament circuits is still to be seen.

Commenting on his summer tourney resume, Andrew added that he played just one deep stack with a $150 buy-in. Now, with the pride of a bracelet winner and the winnings of one in his pocket too, the world of PLO eagerly awaits spectacular future performances from they player in the final two weeks of the series.

Could Andrew make it two-for-two and go down in WSOP history? To find out, be sure to keep up to date with the remaining PLO events for the year. More news stories about equally fantastic performances are almost guaranteed to follow throughout September! 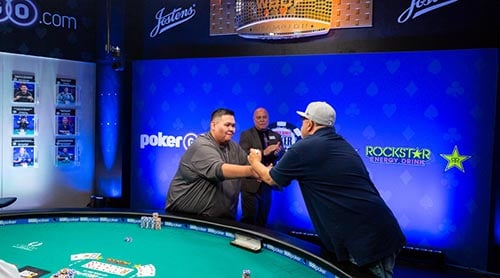