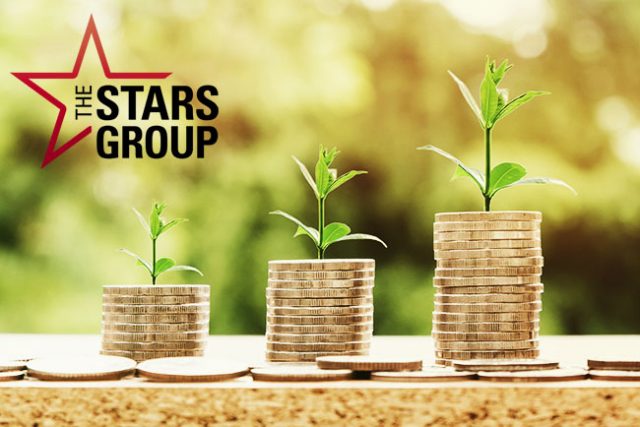 Canadian iGaming operator The Stars Group operates, among other things, two of the world’s most successful online poker brands: PokerStars and Full Tilt Poker. It should come as no surprise, then, that fans of the company’s poker offerings were thrilled to hear of its recent revenue boost thanks to an extensive acquisition spree in the UK and Australia.

Last week, the Toronto-listed firm reported massive revenues of $572 million for the three months ended on September 30; a 73.6% increase over the same period of the previous year. Adjusted revenues for the firm also climbed up by 27.3% to $198.2 million, while operating income actually dropped by 40.3% to $70.9 million and net earnings fell 87.2% to $9.7 million.

The aforementioned revenue surge has come as the result of new contributions from The Stars Group’s acquisitions of numerous Aussie online betting brands and its more recent purchase of Britain’s Sky Betting and Gaming as well. The group earned $220 million from its new brands, which increased organic revenue by 7% to $351 million and adjusted earnings by 12% to $175 million.

In the company’s international markets, its core poker products gave way to revenue rises of $212.8 million, down 3.9% from the previous year, although they did also enjoy a small 0.3% rise in unfavorable currency exchange rates. The group chalked the decline up to its exit from Australia’s online poker market and cross-selling players in those markets to other verticals, leaving them with smaller budgets for poker games.

In other news, gaming revenues for the company grew 29% year on year to $107.6 million thanks to an improved, varied product selection, as well as the recent launch of PokerStars Casino in a couple of newly-entered markets. Sports betting earnings rose a whopping 80% to $21 million on higher turnover (+42.6%) and margins (+1.9 points) thanks to improved BetStars offerings and the FIFA World Cup in June.

Quarterly real-money active unique players (QAUs) showed a decrease of 3.1% to just $2 million due to the Aussie market exit and PokerStars ongoing removal of high-raking, net-depleting VIP players. With that said, a renewed focus on recreational punters also resulted in net deposit numbers rising by 4% and net yield per player growing by 11.3%.

Commenting on the results, CEO Rafi Ashkenazi noted that his company’s transition from a pure poker operator to a bookmaker as well ‘looms large’. He added that his company now handles a hefty $2.5 billion in wagers every quarter, while also warning that just a one point shift in these margins could slash these earnings by $25 million. Of course, The Stars Group’s poker verticals are as healthy as ever, assuring players in Canada and beyond that their favorite iGaming brands are going nowhere soon.

Want to see YOUR profits soar? Play online Poker and win the pot!