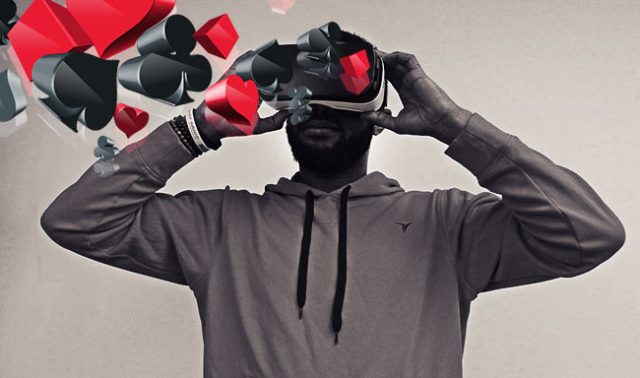 Back in the 1990s, the future of online gambling was uncertain at best. When the Internet first became mainstream and web casinos started to pop up left right and center, many critics strongly maintained that iGaming had no future, and would never make its way into the entertainment business.

Looking back, the very thought of activities like iPoker being unpopular seems laughable now. Today, virtual gambling activities are all the rage, and have even taken to mobile platforms for a truly seamless and portable experience.

However, there are a few even more futuristic trends making their way into the industry in 2019. One of the largest by far is virtual reality poker, which transports players into a lifelike environment to play at a table using a lifelike avatar that can even replicate their own body and mouth movements as they speak.

More Realism Than Ever Before

The second you put on your VR headset and log on to play one of these games, you would be immersed in a realistic digital setting in which you can deal cards and win chips just like you would at a real casino table. Your opponents might be in different states, provinces, countries or continents, but you would also be able to interact with them in real time using impressively futuristic technology.

Better still, VR poker brings back elements of the classic card game that have been lost in traditional online versions. For example, you would be able to study the body language and bluffs of your fellow competitors by watching their VR avatars, allowing you to spot their tells and give yourself an edge. You can also message them in real time, which has naturally taken the concept of social gaming to a new level entirely.

Currently, you can also play online poker tournaments using VR devices that connect you with other participants from every corner of the globe. This tech has not yet been perfected, but it is still exciting to think of what capabilities it could have in the near future, especially considering how popular VR digital poker is already. Players can choose avatars, bet, bluff and fold in real time tournament events, while enjoying the most realistic and engaging fun you can find without travelling to a land-based venue.

What to Expect in the Near Future

VR is also growing rapidly in the gambling industry as a whole, which means that new innovations are definitely on the horizon. Experts have suggested that poker enthusiasts can expect to be able to download and enjoy 3D VR versions on practically any platform, including Oculus, Steam and Viveport, in the near future, as long as they have a compatible device.

Even Canadian giant PokerStars has taken the trend on board, and is planning to make PokerStars VR available on a wide range of hardware platforms. The company is also focusing on social media integration, which will come as great news to local and international online streamers.

Take advantage of the perks online Poker has to offer YOU!
Sign up and play TODAY.