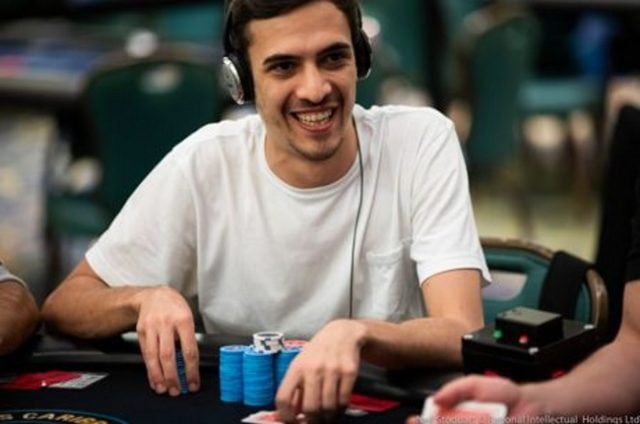 In Poker, whether online or when talking in-person tournaments, winning back-to-back main events is a thing that is almost unheard of. Unless your name is Gianluca “Tankaza” Speranza of course. The Austrian online Poker player managed to recently write his name in permanent ink in the history books when he won the same main event two years in a row.

The Italian player, who resides permanently in Austria, last year managed to outlast a player field totalling 654 when he won the $10,300 Spring Championship of Online Poker 2019 Main Event, affording him a massive $1,113,160 cash windfall. But if beating players like Chris “Big Huni”Hunichen and Thomas “WhushuTM”Muehloecker to Poker’s ultimate winning post wasn’t enough, he did what very few other pros have managed to do: a main event repeat trick by winning the very same main event again this year. This time round, the unbeatable Tankaza beat a field of 662 entries all the way to the $1,028,203 1st prize pot.

When it came down to the final table of the event, the UK-based Norwegian player Preben “prebz”Stokkan was the first player to leave the table. His overall 9th place finish did at least see his initial buy-in investment of $10,300 grow to a sweltering $101,777. Not bad going for finishing up as lucky number 9. Nick “caecillius”Petrangelo was next to be ousted, followed by Austrian “Korrinho”. The pair managed to secure $127,290 and $173,819, respectively.

Special mention deserves to be made of Uruguay’s Francisco “Tomatee”Benitez. The player had won not just one, but two PokerStars tournaments on May 26th, and ended up cashing up in 4th place during the main event in question. As his reward, Tomatee had the sweet privilege of going home with $442,597 bulging from his moneybags.

Last And Biggest Of 6

The month of May saw a total of 6 SCOOP main events played, and the $10,300 event marked the last of these. In total, more than $105 million was paid out to players across all 6 SCOOP events, which really should be some form of a payment record in its own right.

The SCOOP events are very popular among online players all over the world, and we’re willing to go out on a limb on the fact that Tankaza will in all likelihood be back again next year to defend his stellar title.