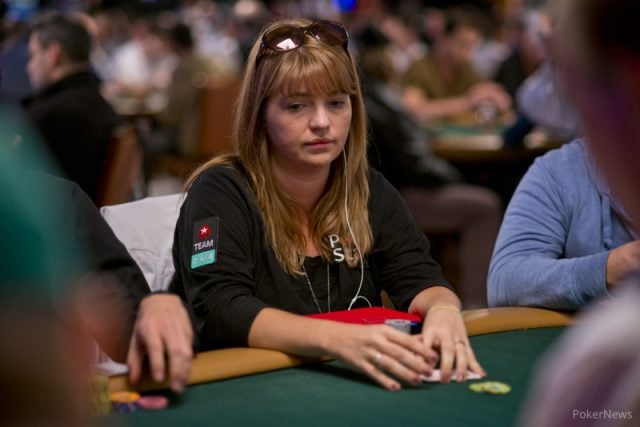 Since taking her leave from team online, Canadian poker icon Adrienne ‘Talonchick’ Rowsome has expanded her family and started a brand new business.

Having formerly worked as an occupational therapist, Rowsome and her hubby Ryan Carter have just celebrated the birth of their third child. The couple’s daughter, Caitlin, was born weighing 8lb 5oz and measuring in at 21”, and has joined two brothers in the household; Carrick, 4, and Cian, 2.

Focus On Her Children and Husband

Commenting on her choice to leave PokerStars in March, Rowsome has said that her time is now dedicated to her family and starting a business about which she is extremely passionate. She looks forward to helping many people through her company, While Baby Sleeps, which helps families to support the development of crucial sleep habits. As any parent will tell you, she said, the path to getting back to good sleep habits after having a baby is a challenging one indeed!

The poker player also added that at this point in time, family is everything to her. Herself and her husband Ryan are always looking for ‘GTO’ ways to manage their family lives, which primarily involves being present and engaged parents. She added that as a parent, you impact your children the most during the first few years of their lives, which will shape them well into adulthood and beyond.

Part of this shaping process, she has hinted, may include poker. Rowsome and her husband expect at some point to introduce their kids to the game, and are expecting big things once they do. She even warned the industry to watch out for them in 20 years’ time, with a huge smile on her face, naturally.

It cannot be denied that poker changed Rowsome’s life in a big way, both at the table and at home. It wasn’t long ago when the game delivered her biggest win to date – meeting her husband, that is. Reminiscing about her fondest tourney memories, she spoke about walking into WSOP 2011 (the same year she signed with Team Online) to meet an online friend, who was there with Ryan playing a heads-up satellite at the time. In her own words, she was instantly smitten.

‘Talonchick’ added that she had never thought too much about dating a fellow player until then, but less than a year later, the two had married. She confesses that they have very different playing styles, but that the common bond has given them an unbreakable relationship. Furthermore, she has also noted that it was very hard to step away from PokerStars and Twitch this year – but she hinted that she might be back one day, should the timing prove right.

Have YOU got what it takes to win BIG? Play Poker and find out.