Yang Speaks Out In Support Of Online Poker 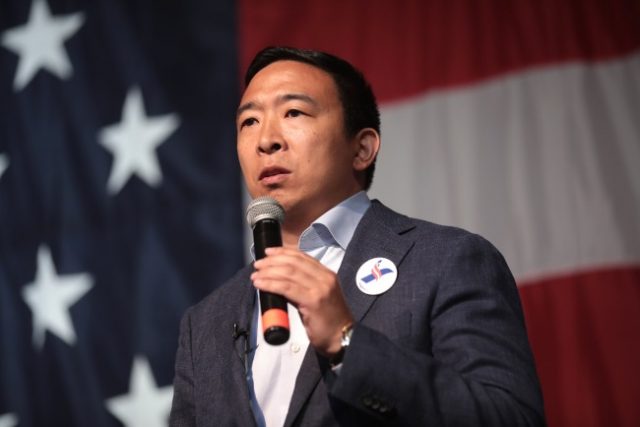 US Presidential election candidate Andrew Yang is more than just 33/1 on the election odds list; he’s also very eager to see online Poker legalised in all 50 US states. In fact, so passionate is Yang about the cause that he recently took to social media to say his say on where he stands with regards to the matter. The 44-year-old democrat must have struck a chord with quite a few people, as it wasn’t long for the wear before his tweeted post had attracted more than 36,000 likes.

A lawyer by trade, it seems perfectly sensible that Yang would have called for “clarity”. He said in his tweet that the uncertainty of it all and the confusing nature and wording of the relevant laws are the real roots of the problem. Nation-wide legalisation would be the number 1 prize, argued Yang, as this would mean millions in revenue for the country; revenue that would suffice for various purposes and with enough left over with which to mitigate and fight the after-effects of possible addictive behaviour.

Andrew Yang Is The First

Yang’s statement makes him the first legitimate US presidential candidate to have voiced support in favour of the nation-wide legalisation of online Poker. Most other past candidates, and this includes those positively vocal in their support of online casinos and gambling in general, have opted to instead of voicing their public support, leave it up to individual states to have a say in the matter or to really for legalisation if and when this became necessary.

The 44-year-old democrat’s willingness to side with a specific grouping is a very good indication of the type of president that he would be, if one day he were to be voted the next American Number One.

The Thing About Poker

The issue with online Poker isn’t so much with online as what it is with Poker. There are a very many divided opinions flying about regarding whether Poker is largely game of skill or a game of chance. But the disparity isn’t all bad either. The take on Poker in that it is indeed a game of skill has served the game well, even if that support had to have come from the corners of the likes of democrats, etc.

The fat that it really is very much skill-based and only part luck-based makes it to move out of harm’s way whenever anti-gambling activists get a word or a stab in edge-wise.

Play ONLINE POKER and WIN. See if you can take the POT!