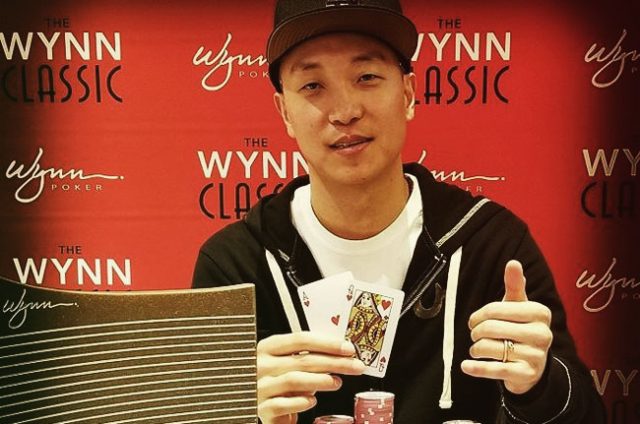 Poker player Steve Sung has won his first major live tournament in five years when he bested a field of 593 competitors in the Wynn Poker Fall Classic Championship Main Event. He managed to pocket an impressive $170,550 for his efforts.

Two US natives managed to scoop the two top finishes in this year’s edition of the WPFCC Main Event. Close on Sung’s heels was Joseph Cheong, who scored a generous win of $111,404 for his strong performance. Russian competitor Karen Sarkisyan took third place and pocketed $75,624, while Canadian Ryan Yu came in at fourth with $53,082 in winnings.

Countless circuit regulars made their way into the money this year. Rory Brown of Ireland scored $3,665 for a 60th place win, while fellow Irish natives Justin Young and Bryan Piccioli came in at 54th and 53rd place, respectively. UK pro Simon Deadman took 47th place for $4,167, having been narrowly beaten by Jeremy Ausmus at 45th place for $4,167. Even Jordon Cristos and Samantha Cohen managed to secure places in the winners’ list in the tourney’s latest edition.

The nine-hand final table, as expected, was packed with local and international poker stars, although three of these top-tier names were eliminated relatively quickly after the action began. Once Alfred Torres went bust in ninth place, Ryan Laplante followed him, joined soon afterwards by Britain’s Katie Lindsay (the wife of icon Chris Moorman).

Sung and Cheong Battle It Out

Tuan Mai was the next to go, with Deihanosch Mahmoudian falling into fifth place and scoring $39,324 for his efforts. This left just four talented players left in the battle for the hefty top prize – and battle for it they did! Canada’s Ryan Yu played well until ending in fourth place and claiming $53,083 – the fifth-largest cash win of his live tournament career.

Yu was followed by Russian Sarkisyan, who leapt closer towards hitting $2 million in live cashes with her most recent $75,624 windfall. This left only Steve Sung and Joseph Cheong left in the race – although the contender for the winning spot was clear when comparing Cheong’s 2 million chips to Sung’s 13 million.

Ready to WIN?
Play Poker now and work towards always having the winning hand.