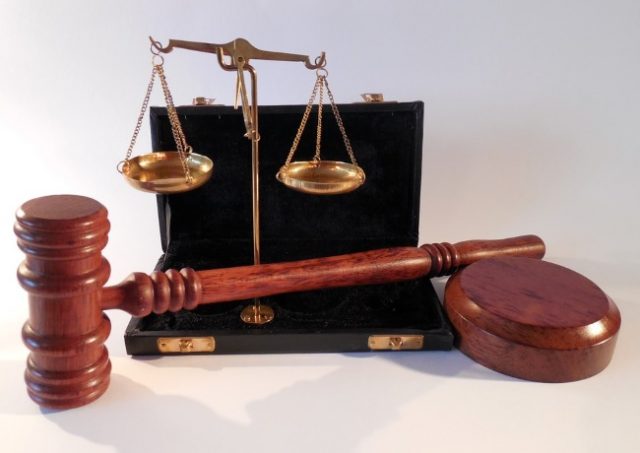 Kenneth Strauss may have been the author of his own demise by setting in motion a chain of events that ultimately culminated in his pulling down his pants and revealing all during a WSOP main event in Las Vegas, as well as hurtling one of his shoes at a fellow player in an attempt to gain the upper hand at the table, but a Chief District Judge has declared him unfit to stand trial on the more serious charge of having made terrorist-style threats on Twitter.

It all started on July 6 when Strauss went about things with his pants all the way down on his ankles and only one of his feet clod in a shoe as the other was being utilised as a weapon of intended coaxing foolery at a public Poker table. The WSOP incident wasn’t the end of the player’s shenanigans yet as he was shortly after having been requested to leave present company (for good) spotted again showing the crown jewels in the Rio’s Luxor Poker room whilst inebriated out of all wit and reason.

Threats Were The Last Straw

But what had really landed Strauss in the twang with the people was a particularly worrying post left behind on his Twitter page nearly a month later on July 27. The fact that the Vegas shooting was at that stage once again fresh in the minds of social media users did not at all serve the disgraced Poker player’s cause, especially not since he appeared to allude to a possible repeat of the shooting that took the lives of many.

So severe was the outrage following the controversial post that police had no other option but to arrest Strauss and bring him before a local court for having made terrorist threats on an online public forum. The player was according to reports eventually arrested at the Trump International Hotel, which also happened to be the location from whence the Twitter tweet was made.

The fact that Strauss managed to get away with being legally assigned to an asylum for the mentally unstable certainly is equal to coming away from it all rather lightly. Nevada isn’t a state to look kindly upon terrorist threats; an action punishable to a maximum time of 20 years spent behind prison bars.

Strauss had apparently on various occasions proclaimed to be in desperate need of help. He appears to harbour a rather primal rage against casinos, and has in all likelihood in the past spent a bit more on gambling than what he could afford. He was also often heard to be complaining about problems in his personal life that had led him to resort to drinking a little too much and too often, especially at the Poker tables.