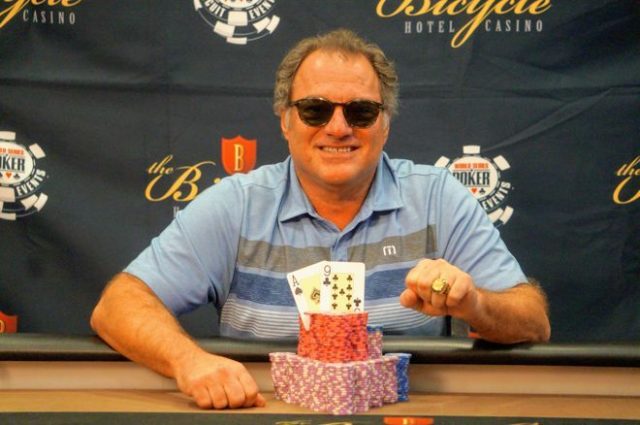 There’s no stopping 58-year old Steve Spunt now. Not now that he’s won his second World Series of Poker Circuit gold ring at The Bike. And of course, lest we forget, $174,055 in prize money; the most to date for winning a main event in the entrepreneur from South Carolina’s career. In fact, winning Poker tournaments is part of Steve’s retirement plans. And if you think about it, why not? Isn’t retirement all about finally having the time to do exclusively what you love in anyway?

The tournament had attracted the attention of 547 entrants and the buy-in was a modest $1,700.

All About Having Fun

Spunt spoke to the media after his big win and said that to him, playing major Poker tournaments was all about the fun. He relays how he had realised early on that most of the time, he wasn’t going to be happy at all. This however, was one of the times that he was very happy, and the very happy times made up for the unlucky times.

It was in 2016; now going on 3 years ago, that Steve Spunt first experienced what it was like to win a WSOPC main event when he won his very first gold bracelet. That was at Bally’s in Las Vegas and the buy-in at the time was $250.

But 2018 would turn out to be Spunt’s year, what with him walking away with the lion’s share of the $828,705 prize pot. Moreover, it wasn’t as if the final table consisted of a group of pushovers. Spunt had outlasted the likes of Vincent Moscati, Ian Steinman, and Craig Varnell.

Ian Steinman, in particular, had two times round come close to winning major tournament main events in 2018 alone. In the summer, he finished up in the runner-up position just behind Eric Baldwin in a WSOP $1,500 buy-in main event. He did more of the same when playing in the second of the two final positions at a WPT Champions Club main event in Perth.

Varnell hadn’t had what one would refer to as a disappointing year either. In fact, he had won a gold bracelet this year. And then of course there is Moscati, a player already in possession of no fewer than 7 gold bracelets!

Let it never be said that the going must have been easy for Spunt!