Spraggy Goes Bald In Reno After Losing A Bet 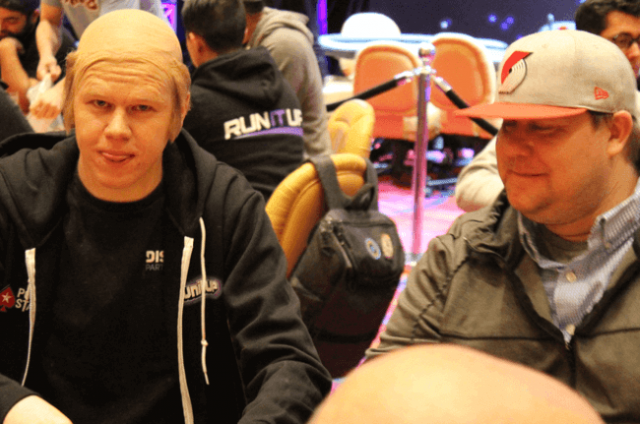 Prop bets: spicing things up since 19-way-back-when. A prop bet was yet again the cause of much humour and excitement when Poker pro Benjamin “Spraggy” Spragg was forced to go bald for a day thanks to having lost a bet involving a fan-created special emoji. The day was Sunday and also Day 2 of the Run It Up Reno VIII $440 Mini Main Event. Spraggy appeared in person in all of his splendid bald-headed glory in an attempt to mimic what has become his very own signature avatar.

According to the bald-headed Poker wonder, it all started out when he had spotted an emoji created by a fan that appeared to resemble him in a rather hilarious likeness. The emoji was at the time being used as its creator’s profile-avatar. But to make a long story short, Spraggy was so taken with the emoji that he ended up contacting its rightful owner in order to get permission to use the emoji on his own Twitch profile.

It was all innocent fun and games up until that point; until Run It Up’s Jesse Fullen, who is well known for pulling off all sorts of prop-shenanigans, approached Spraggy and asked what it would take for him (Spraggy) to attend Run It Up Reno VIII in the persona of “Bald Spraggy”.

Spraggy, a big sport for a bit of fun and a prop bet here and there himself, readily agreed and said that if Fullen were to manage to make him laugh on the Bald Spraggy stream, Fullen would get his way. Never one to miss a challenge or a bet, Fullen swiftly proceeded to make his plans and get to work and soon, he came up with the crème de la crème of really crappy jokes, and one he considered to be so poor that it could not do anything else but to launch a hearty giggle.

And the joke that made Bald Spraggy crack a grin and secure a day in the life of Bald Spraggy in Reno? “A man walks into a zoo. There’s only one animal in the zoo. It’s a dog. It’s a Shitzu.”

It Wasn’t Funny But…

Spraggy said after having lost the prop that it wasn’t as much the fact that the line was actually funny, but rather the thought of his dare-master having considered that particular line, of all of the possible jokes that he could have gone with, the one that would make him laugh.

Online netting Phenomenal Poker games are waiting for you ONLINE. Sign up and play TODAY!