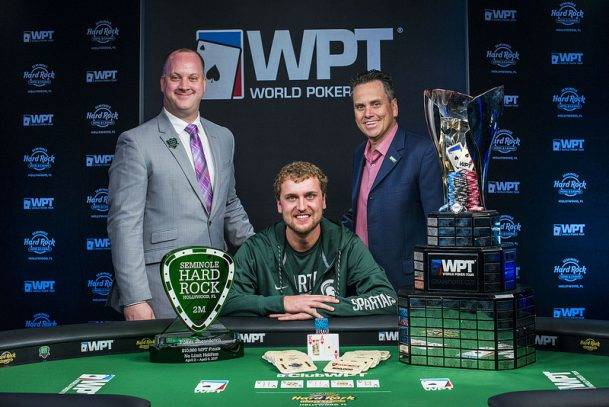 Riess pocketed a sensational $236,838 for his most recent performance, along with taking home the tournament trophy to add to his growing collection. The event played out at the aforementioned casino last Monday, offering a total prize pool of $873,600 – far exceeding the original $500,000 guarantee.

The tournament’s structure created a dynamic, fast-paced atmosphere at its tables, and featured 30-minute levels this year as opposed to previous editions of the Seminole Hard Rock Poker Open. Those who finished in the top 12 final positions each earned a share of the massive prize pool on offer, with minimum cashes beginning at a respectable $21,857.

Professional poker star Aaron Mermelstein was sadly unlucky in this year’s iteration of the festival, busting in 13th place overall. He was closely followed by James Calderaro, who finished in 12th place and secured himself the first payout of the iconic gaming event.

Other well-known players who just missed the money this year include SHRPO $50,000 Super High Roller topper Elio Fox and previous WPT champion James Romero. Barry Hutter, Stephen Chidwick, and Canada’s own Ben Yu were also among the regular tournament attendees that cashed from the One-Day event but failed to claim any of the top twelve titles. 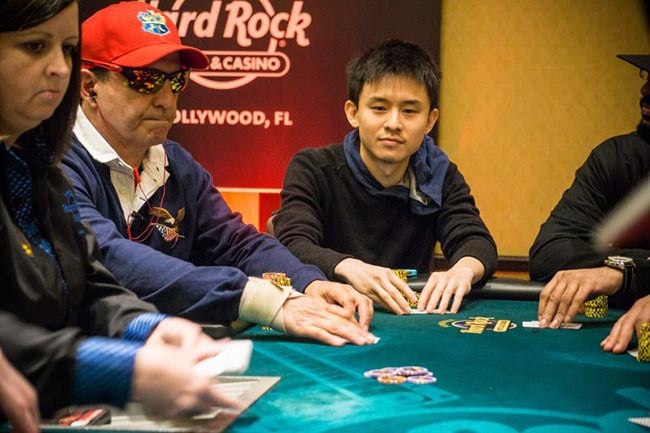 Riess and Qartomy Face Off

The shorter levels allowed participants to get to the tournament’s final stages quite rapidly this year. It was not long before Ray Qartomy and Riess were the final two competitors at the last table, with Riess kicking off the battle with a strong chip lead. Qartomy controlled his action throughout the majority of final table play, although Riess managed to retain his chip lead all the way to victory.

Interestingly, instead of fighting for the first place title and cash, the remaining finalists actually struck a deal to split the remainder of the prize pool according to their chip counts. Naturally, this meant that Riess was named the tournament’s champion and claimed the majority of the prize pool – but Qartomy also managed to scoop $206,297 for his efforts.

Ryan Riess has won two previous tournaments at the Seminole Hard Rock Hotel and Casino Hollywood, including the WPT Seminole Hard Rock Poker Showdown $10,000 Finale for $716,088 last April. However, despite his many live tournament victories, his most iconic win to date is still the WSOP Championship title. The pro won the Main Event back in 2013, collecting a massive prize of $8,361,570. Including his latest cash, he now boasts over $12.2 million’s worth of live tournament winnings under his belt.

Have a good hand? Play Poker at 888Poker!