Ryan Laplante Spills All in a Recent Interview 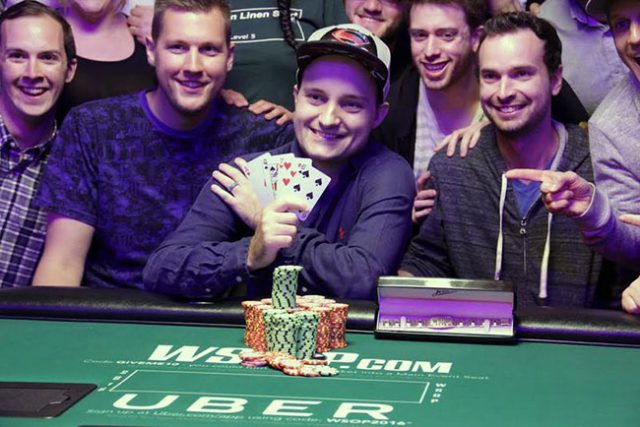 US poker star Ryan Laplante was only in high school when the industry’s boom was at its peak, but even at such a tender age, he knew that he would one day become a professional player.

The Brainerd, Minnesota native was so dedicated to his skill of choice that he would often walk as far as four miles a day to his college campus just so that he could play online when his laptop was in for repairs. He might have gotten off to a rough start and suffered from some tilt troubles, backing issues, and the rocky side of variance, but once he had gotten started, Laplante didn’t take long to hit his stride.

$4m in Poker Earnings to Date

The following day, while he was accepting the first bracelet of his career just after the Pulse Nightclub shooting in Orlando, the player delivered a heart-wrenching speech to his audience telling them he was proud to be openly gay, and encouraging others to be proud of who they are as well.

Over and above his services at Chip Leader Coaching, Laplante now also boasts exclusive poker training on his personal website, PokerProtential.

The pro grinder recently sat down for an interview with CardPlayer as well, speaking about the subtle differences between a ‘solid year’ and an incredible one in the world of gambling. Other essential issues were also put on the table, and as ever, the player was open and honest with his experiences, thoughts and beliefs.

How Bottled Emotions Hurt Your Game

One of the most interesting topics on the schedule was the subject of emotions and how they can either help or hurt one’s game, depending on how they are used. Laplante was firm in his belief that bottled-up negative emotions are bad for your game, as they can lead you to make impulsive and irrational decisions that can ultimately make or break your session, based of course on how you express them.

The Minnesota grinder also chatted about common tilt issues, having no time left to fly amid his packed schedule, and some personal topics too, including a three day long Mario gaming session! He was also candid about walking four miles a day for his passion back when he was in college, and spoke more about his time in university and one particularly bad down-swing in Canada that left his career in jeopardy.

Laplante also warned against watching all-ins and forgetting details, and reminisced fondly about his bracelet winning speech and the diversity of the live poker scene. In his experience, there are many reasons why pros are more open-minded, which has given rise to his passion for coaching as well.

Could you be the next Poker pro?
Play online and see if you’ve got what it takes!