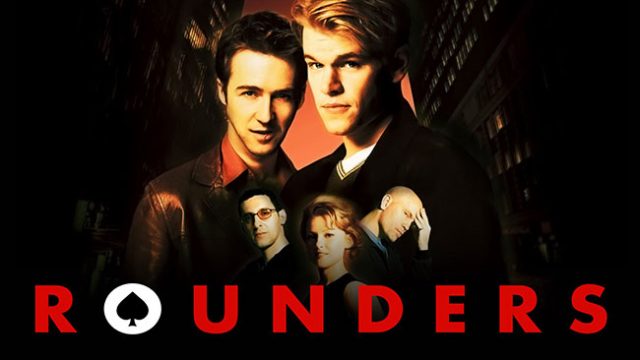 Action-packed poker film Rounders officially hit theaters 20 years ago on September 13, 1998! Back in the 90’s, the film – which cost around $12 million to produce – wasn’t the biggest hit at first. In fact, it only made about $8.4 million as a wide release on its opening weekend, and grossed $22.9 million by the end of its theater run on November 8, 1998.

With that said, the John Dahl-directed movie has gained a cult following over the years, which was of course furthered by the ‘Poker Boom’ five years later. Essentially, it was only when Chris Moneymaker won the 2003 World Series of Poker Main Event that the film finally began to enjoy the attention it deserved.

Play like the pros. Up the ante with online Poker now!

Fun Facts About the Film

If you’re a fan of the classic card game, chances are high that you’ve already seen Rounders. However, for those who have not, here’s a quick recap of its plot, based on a review from IMDB. As the movie expert describes it, the film follows a young reformed gambler who returns to try his hand at big stakes poker. His aim is to assist a friend in paying off loan sharks, although he also needs to balance his relationship with his girlfriend and his hefty responsibilities at law school.

There are also a couple of fun facts to know about this cult classic. Firstly, Worm was apparently originally meant to smoke, but fervent non-smoker Edward Norton refused to incorporate this into his role. Secondly, writers Brian Koppelman and David Levien both have cameos in the Atlantic City casino soon as two of the players used to demonstrate give-away tells.

Interestingly, Neve Campbell turned down the offer of Jo’s role, which was eventually played by Gretchen Mol. The original version of the script also had Mike McDermott making a move on Phil Helmuth in the Atlantic City huge money game, not Johnny Chan as it ended up.

When it comes to the chips used at the Chesterfield Club and KGB’s place, both sets were created by Atlantic Standard Molding, which creates custom chips for home games and private casinos. Last but not least, Rounders was set in the Big Apple, but all of its law school scenes were filmed at Rutgers Law School in Newark, New Jersey. 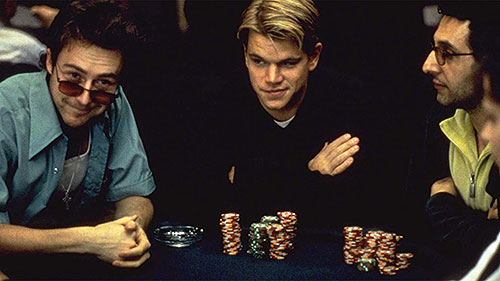 Is a Sequel in the Works?

So, will there ever be a sequel to this veritable smash hit? Although rumors have circulated for years after Deadline Hollywood hinted at another sequel in 2013, The Weinstein Company has understandably fallen into disrepute because of owner Harvey Weinstein’s recent slew of sexual assault allegations. With this in mind, sadly, a follow-up might not happen any time soon.

However, Norton has since appeared on the David Letterman Show, hinting that a second Rounders could be possible; a sentiment that has been echoed by Koppelman as well. Fans are welcome to get their hopes up, but in the meantime, a re-watch of the ‘98 classic is certainly in order!