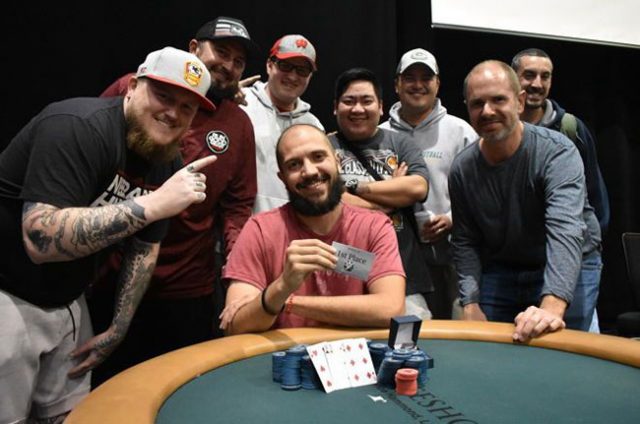 The World Series of Poker Circuit (WSOP-C) is about to wrap up at the Horseshoe Hammond, in Illinois, with its $1,700 main event (with a guarantee of $1 million) being concluded on Monday, 22 October, 2018. The series has seen massive turnouts, as well as a number of firsts. This includes the first time roommates have won events on the same day.

Chris Fuchs won his first gold ring and recorded cash win at the Horse Hammond’s inaugural event on October 11, taking home $124,385. Even more impressive than this, just because it is more coincidental, is the fact that Mo Nuwwarah and Josh Reichard both won tournaments on Tuesday, October 17.

Nuwwarah and Reichard are more than just Poker players and sometime table mates; they are roommates too. The two share an apartment in Chicago, which presumably makes it easy to practice, talk shop and support each other.

Poker is stressful and can make people hard to live with. In some cases, putting two personalities with an affinity for the game can backfire badly. However, in the case of Nuwwarah and Reichard, it is clearly a formula for success.

Nuwwarah, who is also a reporter for the Poker News website, played the $600 HORSE (involving Hold’em, Omaha Hi/Lo, Razz, Stud and Eight-or-Better rounds) event. As well as his first gold ring, he also got the top cash prize of $14,008. He battled Michael Hanson in a three-hour heads-up match before emerging victorious.

The three-hour game against Hanson was tough, and the competition was very tight. Nuwwarah got down to nine bets, and then Hanson dropped to five before coming back. With a pragmatic attitude, the reporter said that, in limit Poker, players simply have to “go through the swings”. 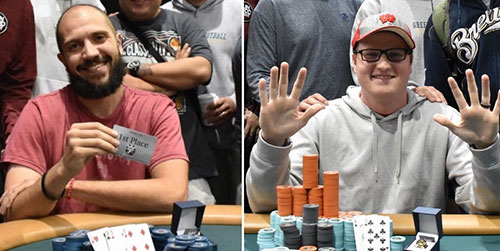 Rather than his first gold ring, this is actually the tenth in his collection. He played the $400 NLHE (No Limit Hold’em) Monster Stack event. The sizable turnout meant the total prize pool was an impressive $182,820.

Reichard walked away with $38,392, and the third spot on the list of players with the most WSOPC rings. Now only Maurice Hawkins and Valentin Vornicu are ahead of him, with 11 and 12 rings respectively. Reichard said his win felt great, especially since everyone at the table had been so friendly – a day of good, clean, Poker fun.

For the ultimate in big wins in Poker, play online!