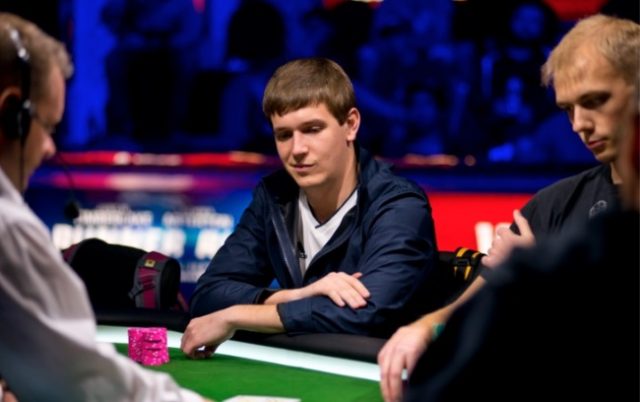 Yet another one of Poker’s legendary players has died. Former online legend Richard “nutsinho” Lyndaker passed away in his San Diego apartment following a suspected accidental pain medication overdose. A close friend of Lyndaker recently confirmed the news of his death in a post on the popular Poker platform 2+2.

According to the player’s friend, Lyndaker had been prescribed pain medication following a soccer injury and had supposedly accidentally taken too much of the medication. It is thought that Lyndaker had died on either Monday July 29 or on Tuesday July 30.

Players from all over the world have since taken to the forum to post their condolences and eulogies following the player’s early passing. One user described Lyndaker as having been a truly “fierce competitor” but at the same time also a player with a sense of humour; someone in the habit of easily laughing things off.

Another user referred to Lyndaker as having been one of those rare players willing to pioneer new strategies whilst engaged in playing the highest stakes. The late player’s creativity will be sorely missed, continued the eulogy, creativity that had over the years benefited many other players.

Lyndaker first blasted onto the Poker scene when in 2008 he made a name for himself having finished in the runner-up position in a $5,000 No-Limit Hold’em WSOP event. The then-newbie’s prize money came to more than half a million dollars. Then, two years later in 2010, he became PokerStars’ top online earner, by that time having won more than $2 million in online career winnings. In addition to his online career, the player also participated in a number of live Poker tournaments, performing equally well in both formats.

A Sad Month For Poker

Lyndaker’s death rocked the online Poker community and is the third player-death to have been reported in the question of a fortnight. “Mad” Marty Wilson and Kevin “Racks” Roster both passed away very recently too. Wilson and Roster had each lost their respective fights with cancer. Judging by the eulogies posted on 2+2, as well as on various other online Poker forums, Lyndaker really will be sorely missed by all who knew him. He was respected as a player and regarded as a true pioneer in the online realm.

Enjoy ALL the action of Poker ONLINE. Play YOUR cards right NOW!