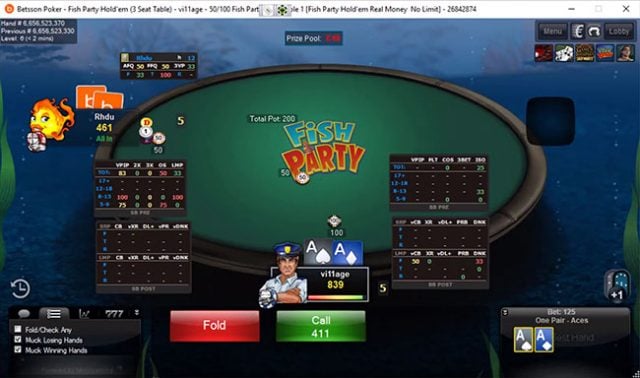 The Microgaming Poker Network’s (MPN) Fish Party €20 jackpot has reportedly struck for a massive, record-smashing prize. One lucky player managed to score an impressive windfall of €317,849.78, showing just how far twenty bucks can take you with a bit of luck on your side!

The jackpot in question was struck just a few minutes past midnight on Wednesday, October 17, coming as the largest ever win on the popular gaming network since it first launched back in mid-2016.

The hefty cash prize pool will be shared between one player from Betsson Group and two players from RedKings, all of whom took part in a three-seater Sit and Go Fish Party game with an affordable buy-in of €20, as mentioned above.

The RedKings player, known as ‘SipsCommin’, scooped the top spot and the largest share of the prize on offer, taking home a handsome paycheck of €158,924.89 for his efforts. ‘Check_Norris’, one of the Betsson Group players, took second place and won €95,354.93, while the final RedKings player ‘grndonlck’ headed up the pack in third place with winnings of €63,569.96.

Up until now, the MPN Fish Party jackpot has been struck no less than 22 times, and in this time has paid out well over €1.2 million in fantastic poker prizes. The latest win, however, has marked the third time that the jackpot has been hit in the past three months alone, as well as the ninth such incidence so far in 2018.

Commenting on the wins, Managing Director of Poker at Microgaming Alex Scott congratulated the players for their exciting three-way battle. According to the MD, his company’s unique Fish Part progressive jackpot Sit and Go has now awarded over €1.2 million in prizes – a milestone that Microgaming is only too happy to celebrate.

At the rate at which the jackpots are being won, Scott added, it won’t be long until the firm hits €2 million in prizes paid out since 2016. He confided that he can’t wait to see who the next lucky winners will be – and online poker fans are undoubtedly united in this sentiment, especially if there’s a chance it could be them!

Based in the Isle of Man, United Kingdom, Microgaming is a premium supplier of online casino software to regulated markets around the world. Offering over 600 top tier slots, table games, poker titles and much more, the developer is best known for its high quality, reliable gaming offerings and being the company to launch the very first online casino – the Gaming Club – back in 1996.

Are you ready to dive in and be a winner?
Play your favorite casino games online!