Record Attendance at the 2018 Fall PNPC 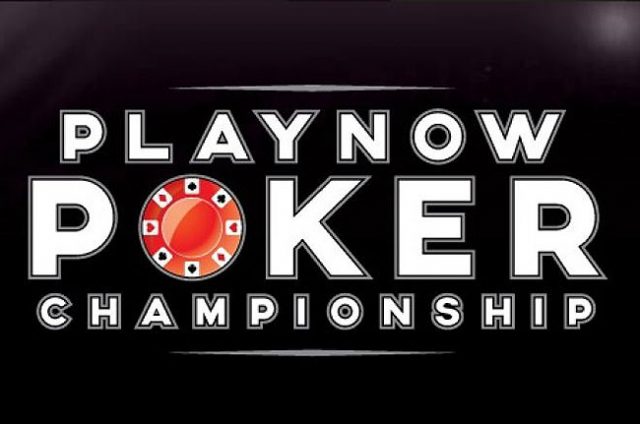 Over the past couple of years, the PlayNow Poker Championship (PNPC) has been establishing a reputation for itself as an essential stop on the Canadian poker tourney schedule. The bi-annual event takes place once in spring and again in fall each year, offering players buy-in levels ranging from $300 all the way up to $1,100.

The series starts with a satellite night for the final Main Event, adding to the countless online satellites boasted by PlayNow.com. Since its establishment in 2015, the Championship has steadily grown to the point where in 2017; it officially overtook the McPhillips Station Casino in Winnipeg. Starting in 2018, its new home is the swanky new poker room at Club Regent Casino.

The 2018 Fall edition of PNPC also struck new attendance records for the Main Event this year. Its previous record of 200, set at the only event to be held in Vancouver back in 2015, was easily beaten by the 225 entrants recorded this fall. This record field generated a prize pool of $225,000, which was divided among 23 winners, with the top spot paying just under $60,000.

Are YOU ready to play? Enjoy Poker online and WIN!

At the end of Day 1, just 32 players remained in the competition to claim a spot in the money. Arian Alemzadeh was the competitor who managed to claim the most chips after 15 levels of play, finishing on a high note after winning the opening $600 event the previous day in a battle with Dylan Ellis.

Alemzadeh ploughed through the field on Day 1, amassing a humongous stack worth 462,000. By comparison, Norman Gautron claimed the second biggest stack on the day, collecting chips worth 444,000. Day 2 proceeded rapidly, with Wayne Haddad winning $1,200 in consolation money after the other 23 players made a bubble deal to send the next player to bust home with the aforementioned amount. 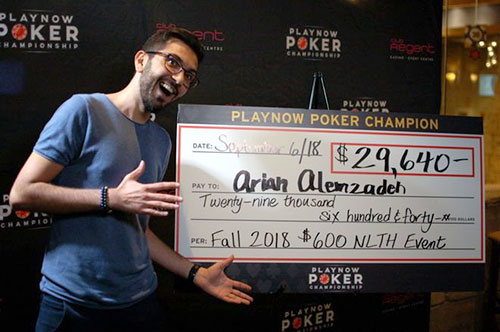 Within 2 hours of hitting the money, Alemzadeh was out in 14th, and the final table gathered shortly afterwards with Rick Blom at its helm. Blom took his 860,000-chip lead and ran with it, racking up 2.4 million chips by the time a short 20-minute dinner break commenced. He was able to keep his chips after dinner, too, finishing with the $59,499 top prize and leaving Kevin Cloutier in second place with $37,658.

As well as claiming the biggest prize, the ring, and the trophy, Blom also managed to secure enough points to strike the Player of the Series title. This means that he’ll appear in all the events in the 2019 Spring PNPC totally free of charge – a wonderful added bonus awarded to the points race winner each year. 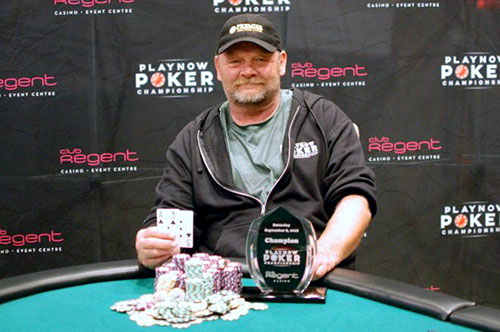