Poker Players Go All Out On Canada Day 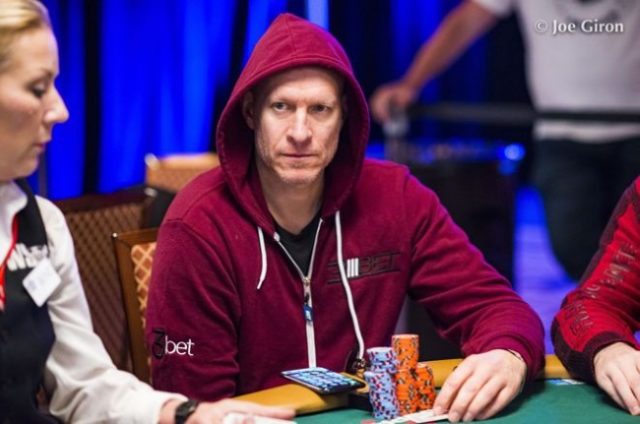 The beauty that is Canada is this year 152 years old. And in order to celebrate in true Canadian style, Poker players competing in the current World Series of Poker at the Rio in Las Vegas wore red and white as a matter of national pride and celebration. Players Greg Mueller and Tyler Bonkowski have more than just a national birthday to celebrate. The two players both brought their respective A-games to the stellar event.

Both Canadian citizens, Mueller and Bonkowski each aimed for the $1,500 Limit Hold’em win at the legendary Rio. Both players are gold bracelet holders and celebrated Canadian pro-Poker players in their own right.

Mueller unfortunately did not have the best of luck of it. Well on his way towards securing his 4th career WSOP gold bracelet, the stellar player was eliminated and only managed to secure a 9th overall finish.

Mueller, who played professional hockey in his former career-life, won his third WSOP gold bracelet earlier this year when he won the $10,000 buy-in H.O.R.S.E event. He also walked away with cash to the tune of $425,347.

His first two gold bracelets were both won during the summer of 2009 and so it would have been a happy relief indeed for the player to be back in the race for gold. Mueller described Limit Hold’em as “swingy” and much more unpredictable than No-Limit. He described No-Limit as a game that lent itself more to the player being in control of any given hand. Having previously won three gold bracelets, Mueller said that he knew what playing pro was all about, but that this time round, the cards simply weren’t dealt in his favour.

Not 1st But Still Happy

Bonkowski managed to make 13th position, falling out even earlier than what Mueller did. But Bonkowski appeared to be proud of his finish and said that he was indeed looking forward to “going deep again” against the industry’s big guns.

Bonkowski left the table a happy man. And really, that’s ultimately what winning is actually about.

Celebrate your Poker wins in style! Hit the tables ONLINE.