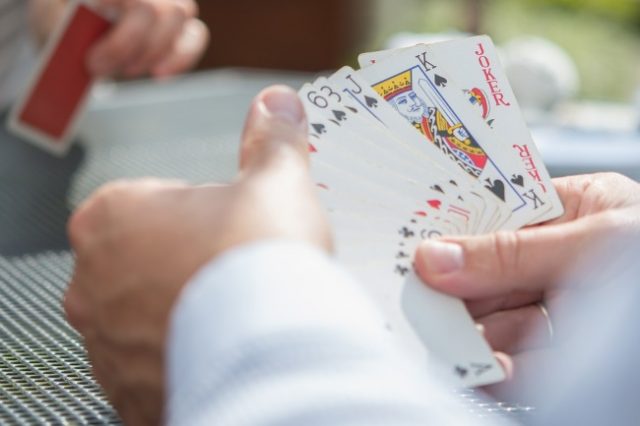 Mike Postle has ruined Poker for Doug Polk, and possibly also for Joey Ingram, many things depending. The alleged Stones Gambling Hall scammer, having recently become the face of fraudulent and angle-shooting style play, has challenged Polk to a game of head-to-head. Polk has however refused and recently took to Twitter to inform all interested parties that he was officially done with Poker.

Whether or not Polk will stick to his Poker-refrain remains to be seen. His and Ingram’s involvement in the Stones mess isn’t really what is relevant here, but rather the fact that Postle, who has since having been called out for cheating declared himself to be the pink face of infantile innocence, if in fact found guilty of having cheated, will definitely have had inside help at Stones.

Postle Had Help At Stones

Any number of people could very well have been involved in Postle’s particular style of cheating. The thinking is that the disgraced player may well have been following live play on a mobile phone hidden in his lap. Which of course begs the question of who it was doing the transmitting. If Postle had had eagle-eye knowledge of the hands of opponents, then that too must have come to him in a specific way.

Postle may be severely disliked by the Poker community at large and he damn well should be punished for bringing the game into disrepute, but this doesn’t change the fact that he was in all likelihood not acting alone. Mike Postle had help. And he had help from a person or people at Stones Gambling Hall. Like him or despise him, unless he kept his ill-begotten winnings raked in over the course of literally years and years all to himself, then more people should be called to task to answer to the angry masses. In fact, money or no money, they should be made to state their case in anyway. The only thing that remains to be discovered at this stage, is exactly who “they” are.

Postle has in the meantime attracted quite a bit of ridicule from the elite Poker playing community. He seems to think that by constantly professing himself to be one of the world’s best players he will somehow emerge magically from the self-inflicted twang.

So much for elite players humbling themselves playing $3-games at Stones. Humility just isn’t what it used to be. And to be punished for it too!