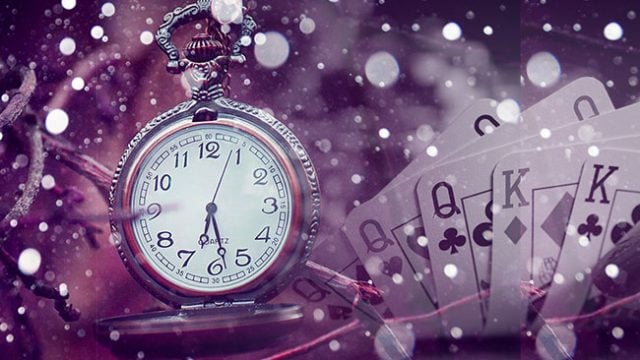 In a bid to speed up the pace of its cash gaming action, PokerStars will be slashing its time banks by significant amounts. The world’s top online poker platform will reportedly be doing this for both its zoom games and its standard rings rounds.

Time to act in these titles is set to be reduced by around 40% in all cases, and punters will now have a maximum time back that is significantly smaller as a result. Director of Innovation and Operation at The Stars Group, Severin Rasset, recently announced the changes on the brand’s official blog page.

The decision, which was announced shortly after the brand revealed that it would be banning seating scripts, has seemingly come as another effort from PokerStars to keep its recreational players happy. Those who play at multiple tables might be in for a bit of a time crunch, however, as they will either have to cut down on their numbers of tables or act faster in order to keep up.

Time Banks Reduced by Around 40%

In his blog post, Rasset noted that the poker economy is a complex one. He added that there are many factors to take into consideration when mulling a change, and his company is positive that the changes it has enacted will benefit the game’s long-term health and the satisfaction of its players.

At the moment, grinders have 18 seconds to act pre-flop if they are not facing a raise. If they are, or if their actions are post-flop in nature, they have 25 seconds to act. Under the new rule set, those times will be slashed to just 10 and 15 seconds, respectively.

Longer acting periods will kick in on fourth street in stud poker, after the first draw in single draw, and after the initial draw in triple draw as well. Players’ time banks will also be reduced considerably. These banks activate if a player needs more than the aforementioned time to make a move.

At the present, players get 30 seconds each in the bank to start off with, and the bank’s value will slowly increase up to as many as 600 seconds if play carries on for long enough. The new maximum bank amount is set at 30 seconds for pre-flop and 60 seconds for post-flop – just 10% of the old limit. Additionally, the starting bank is now set at 15 seconds, and 5 seconds will be added for every 10 hands that are played.

Punters will also be able to sit out as many as 3 orbits, rather than the traditional 5. This change was enacted late last year already, while the others are still to be implemented soon. The new settings will come into effect from February 5 onwards across all of PokerStars’ licenses and cash game stakes, while tournaments will remain the same for now.

Ready to play for the pot?
Take a seat online and indulge in a quality POKER experience!