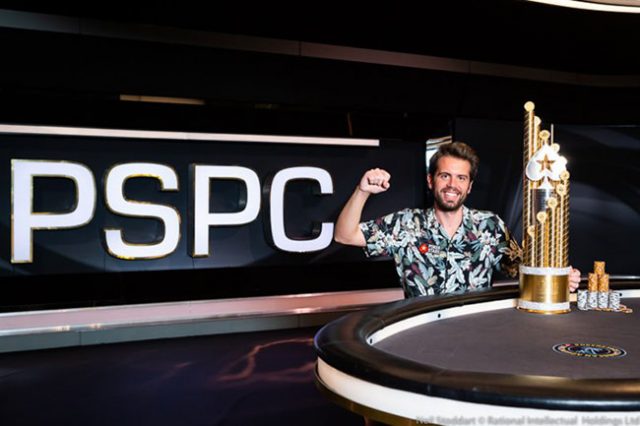 The world’s leading Poker operator, PokerStars has just signed a new brand-ambassador to represent their brand. Winner of the PokerStars Player’s No-Limit Hold’em Championship (PSPC) Ramón Colillas, officially replaces Jaime Staples and Jeff Gross, who had resigned as brand ambassadors when they left the company of the operator.

According to the pro player, he is more excited about being a member of team Pro-Poker than what he was when he won more than $5 million in PSPC prize money. The fact that the big win happened in the Bahamas says a lot about him, and just how badly he had hoped to one day represent his favorite game.

There’s A New Moneymaker In Town

In a recent official statement issued by the operator, Colillas, who has since been dubbed the Chris Moneymaker of Spain, literally raves about his excitement of being able to join Chris Moneymaker, Daniel Negreanu, and all of the rest at PokerStars. Team Pro, it seems, has just recruited its biggest fan ever.

The PSPC event was created in the hopes of it attracting more Moneymaker championship character types. Colillas may not fit the worldwide bill as far as recognition goes, but his name is well known on the Spanish pro-Poker circuit.

And if Colillas appears to be not your typical slumped-position Poker star, then it’s because the Spaniard used to be a fitness instructor before having turned millionaire Poker-pro, and now, Poker Stars brand ambassador.

The Stuff Of Legends

Colillas won a $30,000 Platinum Pass into the PSPC event after he won the Poker Stars’-sponsored Campeonato de Espana de Poker (CEP) championship. And now it seems, there’s no looking back for the Spanish Poker-pro.

The operator’s Director of Poker Marketing, Erick Hollreiser, referred to the pro as the next generation of Poker player, and added that this player’s journey was what the stuff of legends was made of.  Colillas will proudly wear his PokerStars brand-patch for the very first time when he goes to defend his CEP-title at the Casino Barcelona.

The pro isn’t a player to be trumped up out of nowhere. He beat a total of 1,039 entrants when he won the PSPC inaugural event, and there appears to be on stopping him now. After Barcelona, he will make his way to the European Poker Tour – first Madrid, then Monte Carlo, then onwards to the WSOP.  The European Poker Tour’s final stop will be in Barcelona, thereby coming full circle, much the same as what Ramón Colillas has done.

Do you LOVE playing Poker? Sign up and join in the fun online.