Gearing Up For PokerStars SCOOP 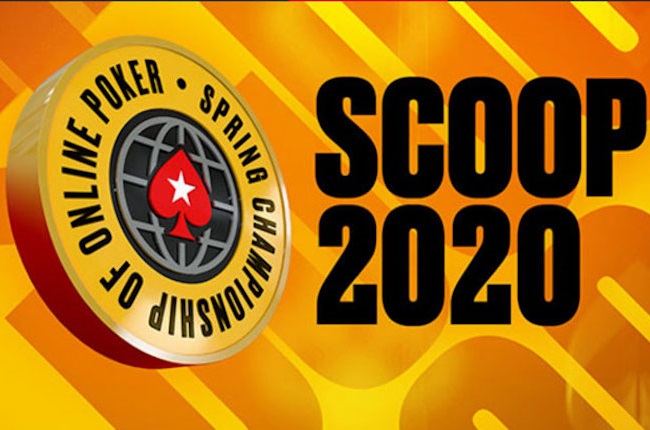 Exciting news this week is that the official schedule for the 2020 PokerStars Spring Championship of Online Poker (SCOOP) has been released. And best of all is that it will this year feature an incredible $85 million in guarantees! These include $13 million in prize-pool guarantees for SCOOP’s three no-limit Hold’em Main Events, which 3 are scheduled for May 17, and also a sweltering $2 million prize-money guarantee for the very special $25,000 Super High Roller event.

Read More... Galfond Off To 2nd Round Of Challenge

And as if that’s not exciting enough a draw card to this year’s ultimate online Poker fest, every day on the SCOOP schedule will feature guarantees totalling no less than an incredible $1.5 million in guaranteed prize money. And it will all lead up to the ultimate Poker highlight of the year: a final Sunday featuring a gigantic $22 million in guaranteed cold hard prize money cash.

But lest the illusion be created that we are in fact surprised by the monstrous amounts in guaranteed prize money, its perhaps wise to at this stage point out that SCOOP’s annual Main Event does in fact have a storied and extended history of paying out some of the largest sums of cash in prize money in the world of online Poker – ever.

But that’s not to say that the buy-ins are unobtainable due to their being exorbitantly priced. In fact, buy-ins start at as low as $109 and then go on to escalate up to a maximum of $10,300 for the high-stakes main event edition. And needless to say, there’s been some pretty incredible career players (and otherwise) to have taken down the big-tier prize money in the past, with previous winners ranking among the likes of June “j “thaddeus” Ainsworth and Charlie “Epiphany77” Carrel.

Holding Out For Final Sunday

This year’s format will follow the usual style in that the ultimate winners of the phase events to be played all throughout will only be named on the final Sunday. A total number of 80 events will be played, each numbered as per usual. Each numbered event will feature three buy-in tiers and these will make up a total of 240 tournaments.

SCOOP each year brings along something for everyone and high-stakes players will most definitely feel right at home thanks to the several $5,000 and $10,000 events that will be played throughout. These will be accompanied by $1 million in guaranteed prize money, while the $25,000 event will double it up all the way to $2 million.