News has now emerged that Canada-based PokerStars operator The Stars Group informed its Dutch players last month that the popular iDEAL payment method would soon be removed from the local version of the poker site.

In a message sent to its local players, the iGaming behemoth explained that the use of the payment method will soon no longer be legal in the nation. No further details were offered on the sudden move, which came as a surprise to many Dutch players considering just how popular the financial service is in the Netherlands.

According to recent stats, iDEAL is actually the number-one online payment service in the domestic market. Regardless, in its message, The Stars Group revealed that it has removed the system from its ranks, and recommended other payment options to its players that work on a similar principle, including Trustly and SOFORT.

The Canadian operator’s latest move has raised the question of whether or not there has finally been some progress in the long-planned reorganization of the Dutch gaming market after many years’ worth of delays. Another question has also been raised as well: whether action will be taken regarding the regulation of the country’s iGaming market.

The Remote Gambling Bill, which would allow international gaming operators to apply for local licensed and operate within a regulated market, was approved by the Dutch lower house over two years ago. However, very little progress on the matter has been reported since. Parliament held its first public session after its summer recess last week, but the nation’s 2019 budget was the most important matter on the schedule for discussion at the time.

The Remote Gaming Bill must still gain the Senate’s approval before it can be passed into law. According to prior reports, lawmakers were set to try to pass the legislative piece and have it enforced by early 2019, but given the disagreement that still remains surrounding the bill and the re-regulation process, this original goal might be somewhat ambitious. 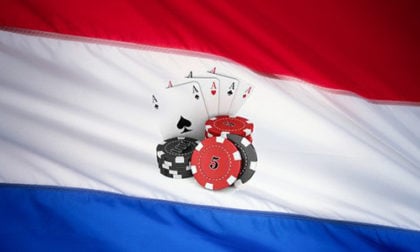 One specific development in the matter occurred earlier this year, with MP’s finally reaching an agreement on one contentious provision within the bill. Dutch gambling regulations, once eventually implemented, will not require iGaming operators to have a physical presence in the Netherlands in order to be able to supply their services therein – so long as they have headquarters in the EU or EEA.

Allowing previously banned operators to enter the local market once it is finally reorganized has been another essential matter in the gambling re-regulation saga. Earlier this year, Dutch Minister for Legal Protection Sander Dekker tried to persuade the government to put in place a regulatory framework that would allow offshore operators to apply for licenses.

Unfortunately, however, the Kansspelautoriteit will not budge on its stance that it will not grant licenses to companies like The Stars Group who have previously been fined or warned against targeting Dutch players with their services.