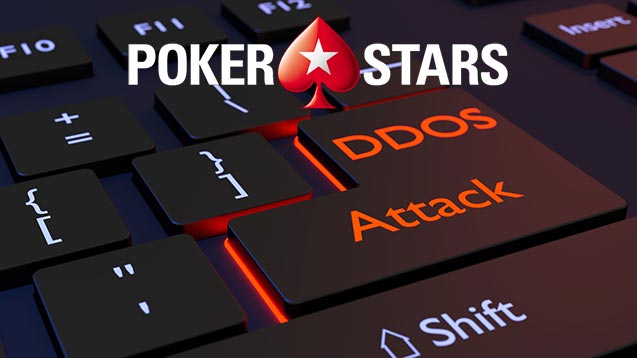 Over the past few weeks, the online poker industry has been heavily affected by a slew of Distributed Denial of Service (DDoS) attacks that caused numerous tournament cancellations and site crashes at several popular sites.

PokerStars, the world’s top online brand run by Canada’s Stars Group, was one of the sites affected by the attacks, along with partypoker and other notable brands. Last Sunday, thousands of players had their games interrupted and eventually cancelled by the onslaught. The .com domain pool was hit first, but the shared liquidity PokerStars Europe network also went down, along with the brand’s Indian and Italian domains.

The site was quick to issue apologies to those players affected, but continued to suffer several more attacks in the days after the initial DDoS episode, which disrupted many more tournaments. Displeased players were left to claim partial payouts for their sessions at best, and quickly took to social media to voice their frustrations.

$650k Free Rolls for Those Affected

Considering that the bulk of players are experts when it comes to the value of money, PokerStars has decided to make reparations in more ways than simply words of apology. Players who played at the site between August 12 and 14 are now able to enter a series of free rolls that will take place between August 22 and 26. They will offer a guaranteed $650,000 in prizes, with around $500,000 of this money going to players on the .com domain.

On each of the aforementioned dates, PokerStars will be holding a $100,000 free roll tournament on its .com client, €20,000 on its European site, and yet another €10,000 free roll on the Italian site. Any player who played real money games on August 12, 13 or 14 will be gifted three tickets to be used in the tournaments at their own discretion. 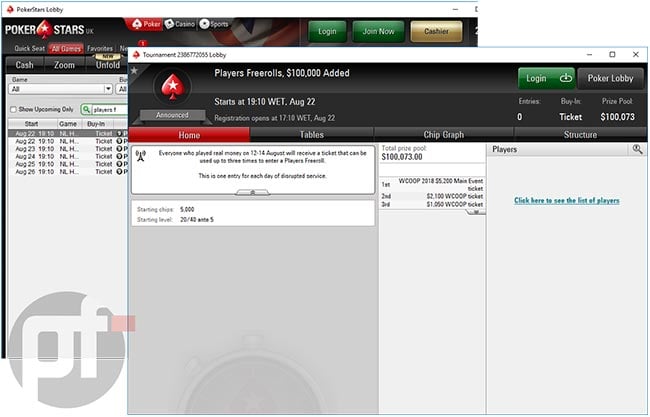 Prizes will be awarded in the form of tickets to the World Championship of Online Poker tournament, the Galactic Series in Europe, and selected tournaments in Italy as well. The largest prize on offer is a $5,200 WCOOP Championship seat.

Unfortunately, players from Portugal and the Czech Republic will be excluded from the promotional free rolls due to their respective local regulations. For all other eligible players, however, tickets to the games will be deposited into their accounts once they have followed the instructions posted on PokerStars’ official website.