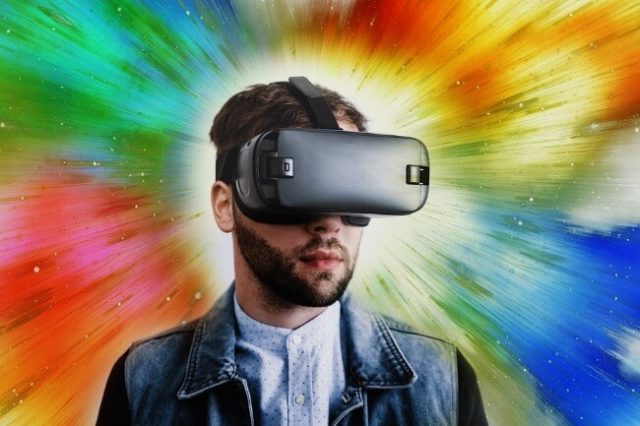 PokerStars first announced its own giant leap for Poker-playing mankind when in 2018 it adopted Virtual Reality technology into its forte for the very first time. Not much more came of it all at the time, save for the grand and elaborate announcement. But the operator, apparently now more prepared to take on the world of super-tech, goodies and gadgets, has announced that it has just launched a number of Sit & Go tournaments and; behold!; it’s all going down in the world of the virtually real.

VR has been around on the platform to some extent, but up until now it reminded strongly of a sort of test-run; or Beta-mode if you will. The fact that it was 100% free to play was a dead give-away of its slightly dysfunctional state at the time. But somehow, somewhere, someone must have passed the insta-test because VR is finally happening in Poker land.

One of the biggest changes to the system in general; thanks to VR; is the fact that going forward, players will be able to purchase additional play money chips for a boost to the bankroll. The mute function has magically appeared too. Activate it and prevent people from entering your auditory space without your say-so.

There’s also a privacy bubbly achieving more of the same – keeping unwanted players and attention out of your immediate space and surroundings. The usual suspects will enable VR on your system: Oculus, Viveport and Steam.

But VR isn’t the only thing to have changed on the platform. Seating script software has officially been banned. Third party games providers used to make use of seating scripts to alert players whenever a virtual Poker table was about to reach its capacity it was becoming more and more difficult to find a seat at all, especially when tuning in directly to the platform and not via a satellite provider. So no more seating scripts then.

And if all of the above seems a tad military and rules-infused, take heart, because the operator will soon be celebrating its 200 billionth hand played! A remarkable achievement for PokerStars, and also a chance to win a super $10,000 instant prize. Want to know how to win? It’s simple. Be the player to be dealt the 200 billionth hand.

Ready to have the WINNING HAND? Play online Poker NOW!