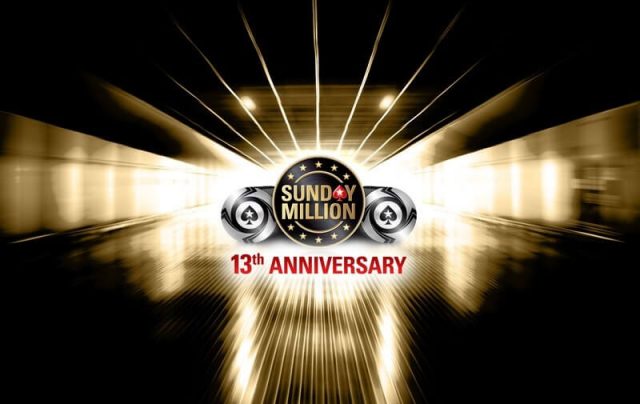 It’s not every day that one launches a tournament with a guaranteed prize pool of $10 million. That would just be looking for trouble. Unless, of course, your name is PokerStars and you’re celebrating your 13th birthday anniversary. The special day was Sunday and thanks to the brand’s immense popularity, the Poker room called and the players came.

Not only did they come, but they came full-force. Eventually, the massive crowd of entrants all eager to join in on the birthday celebrations pooled their collective contributions and ensured a prize pool of a staggering $12,268,400.

Now that’s a prize pool worth whipping out the tight stacks for!

As a matter of interest, Sunday’s prize pool was the second biggest ever in the history of the world’s largest online Poker room. The record of the biggest, not surprisingly, also belongs to PokerStars. It all went down on the operator’s 10th birthday celebrations, when it managed to accumulate a prize pool totalling $12,400,000; which is of course, not much more loaded than Sunday’s pool.

But not only was Sunday’s pool one of PokerStars’ personal bests, it also now also the third-richest Poker pool of all time. Last year, partypoker made pure magic when it attracted 4,367 paying entrants to its $3,500 buy-in MILLIONS Online tournament. The result? A prize pool that borders on the unbelievable. But believe it; it was worth guaranteed $20 million!

Of the total tally of entrants wanting to celebrate 13 years of rich and rewarding success, 980 players made it through to Day 2. What a way to celebrate a birthday!

But the winds of excitement continue to blow freely as we leap forward to the upcoming SCOOP 2019, with SCOOP of course being short for PokerStars Spring Championship of Online Poker. It all starts on May 12th and will run all the way through to May 27th.

201 events will be staged in total this year across Low/Medium/High, and if things carry on as they are doing at present, 2019 will shape up to be the year that smashes all of 2018’s records, especially when talking the size of the total prize pool for the year.

Six SCOOP main events will be spread out across Pot-Limit Omaha and No-Limit Hold’em. SCOOP will guarantee a whopping $75 million in total prize money. It’s not at all hard to see why PokerStars have managed to achieve the stellar levels of success that they have.