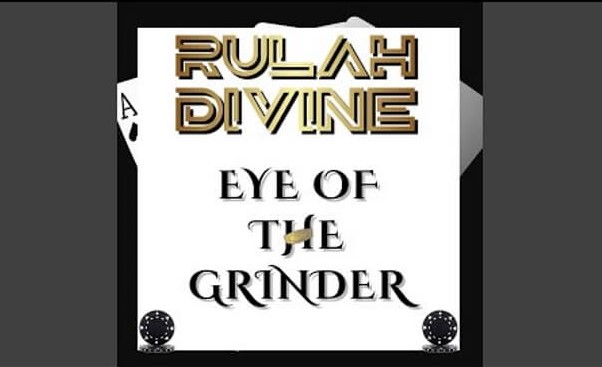 WSOP gold bracelet winner and aspiring Hip-Hop artist Rulah Divine has been dreaming about winning a gold bracelet ever since he was 17 years old. But the pro player has been dreaming about doing something big in music too, and specifically his other life-long dream, namely Hip-Hop. Divine’s second dream may be about to come true too, as thanks to the support of his wife of 18 years, the player has just completed and released a special Poker-themed single called Eye of the Grinder.

Divine lives with wife Brooklyn Greyhouse and their boy/girl twins Victorious and l’Jaz in Las Vegas. Originally from New Mexico, he remembers dreaming of either making it big in Poker or making it big in music. Whichever of the two came first, says Divine, was what he was grinding constantly towards achieving. Music or Poker; it didn’t really matter, as he loved each with an equal measure of passion.

From Home Games To WSOP Champ

Divine learnt to play at a very young age, and by the age of 12, he was playing for real money in home games. Between the ages of 12 and 17 he had managed to master Hold’em, which is really no surprise when considering that he has been playing cards since the tender age of 6. He tells the story of how he had first came across the game whilst sitting at his grandfather’s bar playing Video Poker.

He soon discovered that he loved to play and would return home to practice for days on end, simulating the Video Poker games with his own pack of playing cards. Online Poker eventually caught his attention when he was old enough to play on online platforms, and the rest as they say, is history.

Today, Divine describes himself as an entrepreneur, player and aspiring Hip-Hop artist. Hip-Hop was forced to assume a back-seat position when he and wife Brooklyn had the twins. Now that their children are older and he has some money stashed away thanks to the bracelet around his wrist, Divine is ready to explore his love for music once more.

Poker Gets An Anthem

Divine says that in his opinion, Poker needs its own anthem, and he was more than happy to fill the need with Eye of the Grinder. He credits wife Brooklyn for the beat, and says that the words followed naturally from there on out.

The player says that despite his having won a WSOP golden bracelet, he feels that the song is his biggest contribution to the Poker community, and he hopes that it will win the community’s approval.