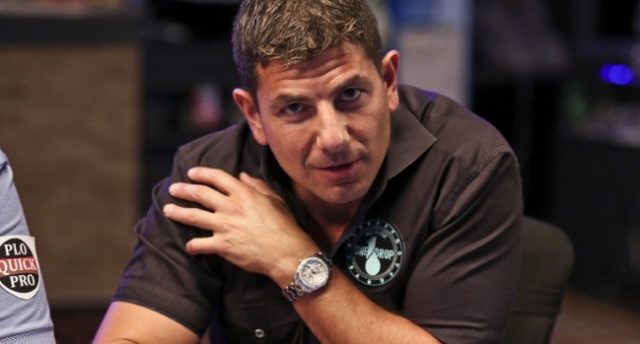 45-year old Kansas Poker player and casino enthusiast Brandon Steven has forked out a fine to the tune of $1.1 million in an attempt to avoid jail-time following his involvement in the cover up of an illegal gambling operation in his home-town of Wichita, Kansas. Steven’s, a well-known businessman in the region, admitted to having hidden computer and also hand-written accounting ledgers and financial records that contained details about an illegal gambling operation run by rogue and unlicensed bookmaker Daven “Smoke” Flax.

Steven’s was in effect hiding the records in order to conceal Flax’s involvement in the illegal betting and gambling operations, which in the state of Kansas, is a criminal misdemeanour that is punishable by a minimum term of 12 months behind bars, as well as a fine.

Steven’s had reportedly been trending quite prominently on the FBI’s radar for at least four years, spanning the period of their investigation into the matter. The FBI had supposedly tapped the phones of Steven, as well as of four other men at the time suspected to have been involved in the black market business. The FBI’s investigation proved to be exceptionally successful and so far, 9 of the people involved in the business have been successfully prosecuted.

Steven’s himself had eventually pled guilty to the charge of “the unlawful transmission of wagering information” and has since being charged, forfeited all of the money unlawfully obtained as a result of the crime. In addition to having had to pay back his illegal income, he has also been ordered to perform 200 hours of community service.

Steven’s is considered to have been let off the hook in light fashion and this has mainly been thanks to the spirit of cooperation that he had adopted throughout the course of the investigation. A plea for leniency in punishment was made by both the assistant US Attorney General, namely Aaron Smith, as well as Kansas City defense attorney JR Hobbs.

The judicial duo based their plea for leniency on the fact that Steven was a respected businessman who was well known for his selfless contributions to the local community of Wichita, as well as the fact that he had shown integrity and true remorse following his actions.

Not A First For Steven

Steven’s, apart from being an astute businessman, is also a high-stakes Poker player. This isn’t the first time that the player has been involved in similar illegal circles. His brother Johnny was in the past implicated in similar illegal gambling operations lawsuit. He (Johnny) was allegedly never charged for his involvement.