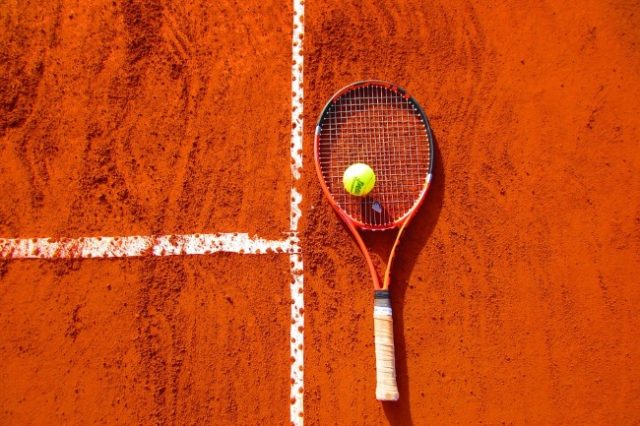 Professional poker player Phil Hellmuth is known for a couple of things. Of course, he is renowned for his exceptional poker playing skills, but his fans and loved ones also know him as someone who finds the opportunity for a bet irresistible.

Hellmuth recently faced off against iconic tennis player Ellis Guernsey in a bid to win a hefty prize of $20,000. All he needed to do was score a point against the young tennis wizard’s 127mph serve to win the bet – but if he couldn’t, he would lose $4,000 at odds of 5 to 1.

Unlike many other poker players, Phil Hellmuth actually has a fairly good track record when it comes to winning prop bets. He won his wager based on a bet that he could perfect a gymnastic backflip with the help of his trained gymnast cousin, and again during Duke Madison’s suited amble to Las Vegas in a more recent triumph.

Not only did the poker player show form, but he also had form when it came to tennis prop bets. Hellmuth has won $23,000 in a previous tennis-related bet before, and shared details about it to his social media followers shortly thereafter.

According to the player, in this case he hit a 3-point shot in Pittsburgh in the dark and the rain at 2am to win $15,000 or lose $1,500. He said that he hit the tennis ball back against a professional player serving at 8mph, scoring a point for $23,000. Hellmuth then added that he would soon try to score a point on pro versus 127mph, referring to his most recent stint with Guernsey.

This time around, very few poker fans gave the player much of a chance to prove himself. Hellmuth was, as always, quick to fire back against their accusations that he probably would not even see the tennis ball pass time, let alone win the lofty wager.

Taking to Twitter on November 11, Phil noted that most folks on Twitter and in the poker world didn’t believe that he’d even manage to touch the ball. He added that his opponent’s serve is 127mph, but that he had 20 tries to win his money and avoid a loss. He did admit to thinking that it would be hard, but added that, “Fluky stuff happens #POSITIVITY”.

As mentioned above, it was youthful legend Ellis Guernsey that Hellmuth was up against. The young USA F3 tennis pro immediately looked like he was trying to restrain his confidence during the game, and seemed determined to show off his skills – something that he definitely managed to achieve.

Hellmuth never did manage to get anywhere near the tennis pro’s serve, while Guernsey gleefully left his opponent lagging behind as he stole the winning title fair and square. Guernsey’s impressive hand-to-eye coordination is unparalleled in the field, leaving Hellmuth to lunge desperately from left to right to try and make contact with the ball.

Unfortunately for the Poker Brat, he eventually ended up prone and collapsed against the outer fence, $4,000 out of pocket. However, the drama was certainly entertaining for his fans, and his dedicated proponents will surely support him again should he wish to embark on a similar venture sometime in the future.

Bet on Tennis AND play Poker online. Do it ALL at Canada’s TOP casinos and sportsbooks.