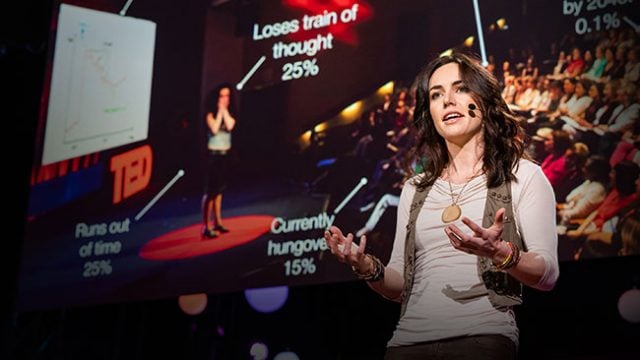 The professional Poker world is dominated by men, but Britain’s Olivia ‘Liv’ Boeree is one of the few women who are in the process of changing that. The pro player has already won more than $3.7 million in prize money, and shared some of what she has learned thus far in a talk at a TED event.

Boeree’s extensive, successful experience playing the card game has given her various insights into making the best decisions. In her talk, she said one of the most important things to do is assess skills accurately.

The player compared life with the game, and said success in either requires not only skill, but luck as well. We may be responsible for some of the successes that come our way, but others may simply be a case of being in the right place at the right time – or, as some might call it, good luck. She added that luck should be appreciated and acknowledged, because it can be easy to slip into being overconfident and over-estimating skill.

Boeree also said that, while intuition can be helpful when making decisions, it should not be relied on too heavily. The reason is because it can be swayed by hopes, dreams, and even bias.

While she did admit there was a time when many players were content to let their intuition guide their moves, times have changed. Now, players analyse the game carefully as it unfolds, and use probability to try make the most precise decisions.

The player went on to say that probability is not limited to games of Poker. It has a role to play in daily life as well. Players use it to analyse the risks involved in making various moves, and according to Boeree, that is what should be done before making important decisions – the risks must be analysed.

Woman of Many Talents

Born in Kent in 1984, Boeree studied at Ashford School before attending Manchester university, where she obtained first class Honors in Physics with Astrophysics. She is the only woman to be crowned both World Series of Poker and European Poker Tour champion.

Currently in 5th place on the women’s all-time live winnings list, she also been named the Global Poker Index’s European Female Player of the Year 3 times. When not playing her favorite card game or giving TED talks, she is a writer and television presenter.