It was last week when the latest edition of the Poker Masters Series of tourneys culminated with David Peters winning the $100k Main Event, while Ali Imsirovic claimed the coveted Purple Jacket as the ultimate player of this year’s series.

The seven-event series was played at the ARIA Resort and Casino, and attracted hundreds of the game’s most seasoned professionals. Between events, many industry-specific publications even had the chance to ask these participants about what they believe to be the most common leaks committed by amateurs too.

In a short video, numerous local stars shared their thoughts on the matter, handing out helpful tips for beginners to sharpen their skills as well. Big names like Bryn Kenney, Seth Davies, Nick Petrangelo, Justin Bonomo, Brandon Adams, Dan Smith, Peters, Imsirovic and Jason Koon were among those interviewed in the video.

The players identified eight different leaks in total, which they believe to be especially common among tourney amateurs. Among them were failure to properly value their hands, not properly evaluating and keeping track of their stacks, and numerous other complex situations that often arise at live tables.

Justin Bonomo, one of the biggest names in global poker, specifically talks about players overvaluing their hands, when the situation suggests that they should throw caution to the wind. An example of such a situation, he said, would be when a player does not understand when a top pair is not actually a good hand, and overplays hands like that, often to their detriment. 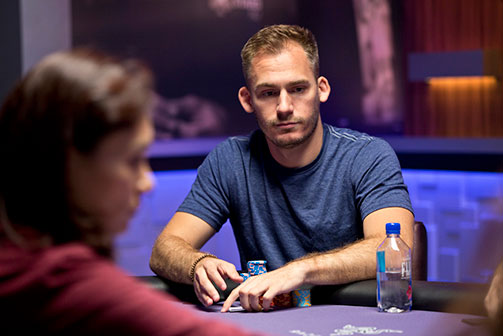 The professionals also highlighted the need for new players to keep their emotions in check while they are seated at the table. Amateurs, they said, often fail to keep their cool after losing a hand, which can cloud their judgement and lead to further poor decisions along the line. According to most seasoned pros, the best thing to remember when working live tourneys is to look at your performance as a whole, rather than focusing too heavily on a single game.

Balanced Play is an Essential

Brandon Adams also brought up misplaced aggression among newbies – that is, showing aggression in small spots but not big spots. David Peters talked about players he has seen folding too much, or calling too much, which creates an imbalance in their actions that can wear their bankrolls down faster than they would like.

According to Dan Smith, a lack of patience is also a major downfall in many tournament newcomers, while Seth Davies actually believes that many grinders don’t place large enough bets and are not aggressive enough in their play style. Clearly, there is a lot for newbies to learn if they want to play right – but with the right guidance from the world’s best, there is nothing that cannot be achieved!

Play Poker NOW! The pot could be yours.