One of the hottest annual events on the live poker calendar has arrived, and the excitement is tangible in Las Vegas’ Aria Resort and Casino where the tournament is currently taking place.

Aria Casino launched its Poker Masters high roller-friendly tournament festival in September of 2017. The event was an instant hit, attracting some of the world’s most accomplished grinders to duke it out for a top prize. At the end of it all, it was German Steffen Sontheimer who won the ultimate title, taking home the coveted Purple Jacket along with a $2,733,000 prize total from the four tournaments he cashed in.

This year, the second edition of Poker Masters kicked off on September 7, and will run all the way until September 15. Aria Resort and Casino, the series’ creator, will be this year’s host once again, with the casino being the site of seven tournaments, five of which will focus on No-Limit Hold’em. Additionally, there will also be a Short Deck tourney and a Pot-Limit Omaha one, which will add plenty of extra action to the mix this coming week. 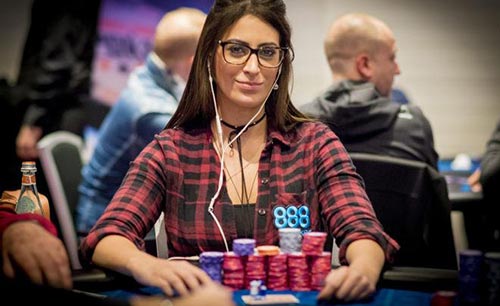 Aside from this year’s event boasting more poker variations and more events altogether, there has also been one other significant change made from last year’s pioneering tourney. Last year, the participant who cashed the largest sum throughout the series was named the overall champion and took home the Purple Jacket.

However, this year’s Poker Masters will use the High Roller of the Year scoring system to decide who will claim the coveted jacket. In general terms, players will be awarded points depending on which position they finish in in all of the seven events. A first-place win will be worth 100 points, a second-place finish will earn 70 points, third-place will warrant 50 points, and so on.

POKER NEWS: EPT Season Off to a Great Start

Additionally, those who finish in the money at any of the six events leading up to the Main Event will be awarded 3.0 multipliers, which means that first-place winners will receive 300 points for their efforts. The Main Event winner, on the other hand, will claim a 3.5 multiplier and 350 points for their victory. The player to collect the most points will be awarded the Purple Jacket, joining Sontheimer in the event’s growing Hall of Fame.

Each of the tournament’s seven events will also be governed by a 30-second shot clock, and each of the participants involved in any given game will have to shell out five chips for a 30-second extension, amping up the action factor even further.