partypoker and the World Poker Tour are once again teaming up in a four-year deal to bring players world-class live tournaments in Canada and Europe. The new partnership will facilitate up to seven events during the duration of the agreement, with each tourney offering prize pools of up to €3 million.

According to WPT CEO Adam Pliska, they are very proud to be partnering with partypoker LIVE on the new international venture. His press release added that the deal allows the WPT to continue to bring top-class to players’ lives, and that his company is pleased to have John Duthie and the whole partypoker team sharing this sentiment. Together with his new partners, he said, the entire group looks forward to ‘elevating the game’ for all involved.

“We are very proud to be
partnering with partypoker live”

The first event under the new deal will take place in October this year at the Playground Poker Club in Montreal. This venue will soon host a WPT festival the likes of which the industry has never seen before, including a WPT500 tourney, a WPTDeepStacks event, and a Main Tour as well, all wrapped up into a single thrilling bonanza.

It is interesting to note that WPT has previously combined WPTDeepStacks with its other events every now and then, a prime example being during last season in Amsterdam. Events in 2019 are also set to be hosted by Casino Sochi in Russia and Dusk Till Dawn in the UK, which currently have ties to the partypoker brand already. The remainder of the current WPT schedule for 2018 does not contain any other tourneys besides the Montreal one in locations for which its partnership would be involved. 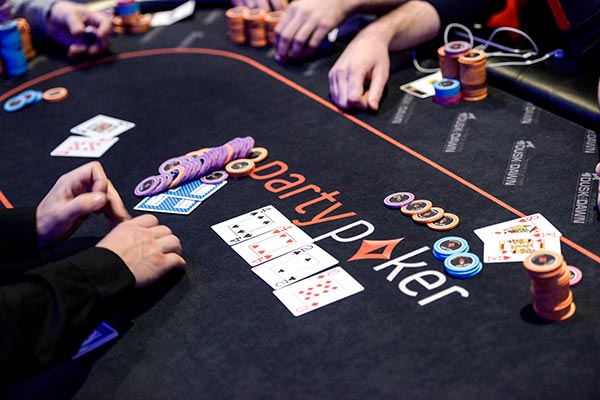 As for partypoker’s side of the deal, the iGaming giant is set to qualify 300 players or more to every event in which it has teamed up with its new partner. The brand’s satellite grinders will also be able to use their LIVE $$$ for buy-ins. CEO Duthie is reportedly pleased to be working so closely alongside the WPT.

Elaborating further, he added that the organisation has always put its players first, which is something with which his company’s events strongly identify. He also added that collaborating with them on these extra Canadian and European events will allow his firm to continue to supply players with the tournaments they need on a global scale.

Collaborations between these two companies is nothing new. They have been teaming up on various events for years now, and most recently, the online brand served as WPT’s online partner throughout Europe, including in locations like London, Cyprus and Prague.

Join Ted on a mission to win BIG!