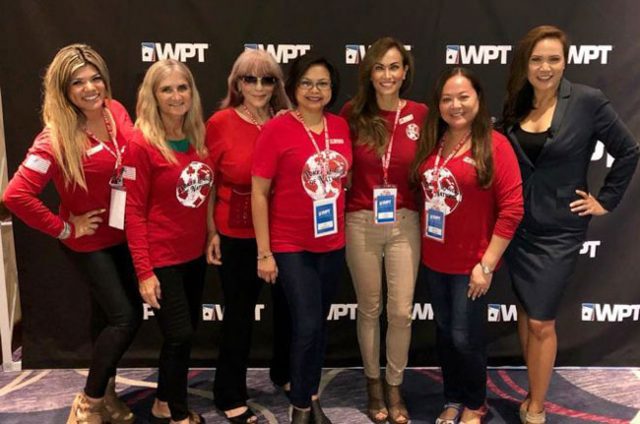 The daunting task of giving women greater representation in open events has received greater impetus thanks to Poker League of Nations (PLON). This year, the league demonstrated its commitment to ensuring women make up more than 4.8% of the fields by hosting ladies’ events and by getting them into games.

The events PLON is helping players enter are those whose buy-ins would otherwise be prohibitive. Co-founder Lena Evans explained the reason many women do not participate in high-level tournaments is not because of family responsibilities, time constraints, or even harassment; it’s because of the money.

The league surveyed hundreds of players; the majority of who said steep buy-ins were the biggest obstacle. Rather than wring their hands in despair, Evans and fellow co-founder Maureen Bloechlinger decided to do something about it. The pair had founded the group as a resource for Poker information and events, but things began to take a different course.

To help talented women get around the issue of high costs, PLON started hosting private staking satellites with the help of ambassadors chosen from among its members around the world. The satellites provide players with the money they need to participate in main events at local tours.

Not only is the system seeing more female faces at event tables, they are also creating a strong, supportive community. What’s more, that community stands to win if the player does.

The league also established the PLON Founders Fund. The fund offers members selected at the founders’ discretion with funding for events. Evans said the idea is to honor those who have made an effort to expand the community, with the first recipient having been Jacqueline Britton.

Want to play Poker? Sign up online and get ready to WIN!

PLON’s story has been a success so far, and it is quite conceivable the group will achieve its goal of sending 50 women to next year’s WSOP main event. If they manage to pull it off, it will push total field female representation from 3.8% to approximately 20%.

The league is certainly getting the support it needs to do it, and it looks set to continue. In April this year, it counted 300 members. Only 6 months later, it boasts more than 3000 members in 25 countries. The times, they are a-changing.