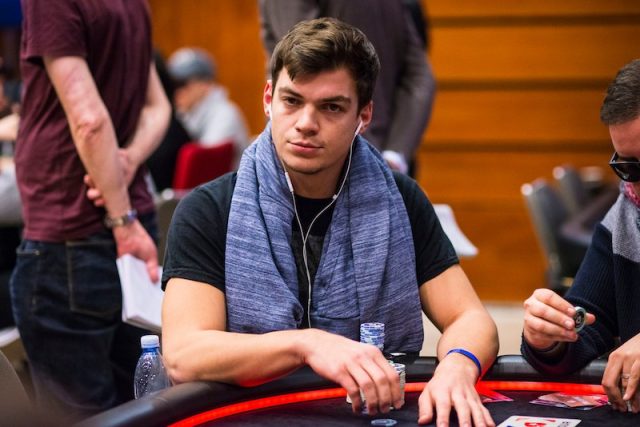 The 2018 European Poker Tour Prague $3,500 main event has just crowned its newest member of Poker royalty. German player Paul Michaelis is the latest player, and one of the youngest, to boot, to have had the opportunity of raising the trophy. The German champion took the lion’s share of the three way-deal, and in doing so, earned €840,000, along with a Platinum Pass to the 2019 PokerStars No-Limit Hold’em Championship; a prize valued at a whopping €30,000!

The win is the biggest for Michaelis to date, who has up until now, collected live cash winnings totalling €800,000. To win €840,000 in a single tournament is any Poker player’s dream. The young German describes the win as an unreal amount of money. He appears to be shocked and surprised, all rolled into one. And we daresay, we would have been too!

Not His First Time

This is the young German’s second big win at a Prague PokerStars event. Last year, Michaelis finished in 28th overall position at a similar event, that time round under a PokerStars Championship banner.

Placing 28th in a field of 855 would make many a Poker player feel quite content, but it wasn’t exactly so for Michaelis, who had, on two of the three initial days of the tournament, bagged for himself the chip lead. But it wasn’t to be his year, and he had eventually fizzled out. According to Michaelis, last year’s unfortunate turn of events did cross his mind and all that he could do was hope that there would be no repeat of the situation.

Ever since fizzling out in 2017, our champion has been touring the world and getting down to the grind. As for 2018, it hasn’t exactly been a stellar year so far either. He hadn’t been able to cash in on much more than $150,000 in total winnings for the year, but the young German says that he had managed to gain something more valuable than money from the entire experience: an improved mindset.

According to Michaelis, he now has a much calmer approach when it comes to playing main events. In his case, this certainly seems to have paid off in a very big way and we wish the new and improved Poker champion all the best for the future!

Are you a Poker player who loves to WIN? Discover the BEST sites online in Canada now